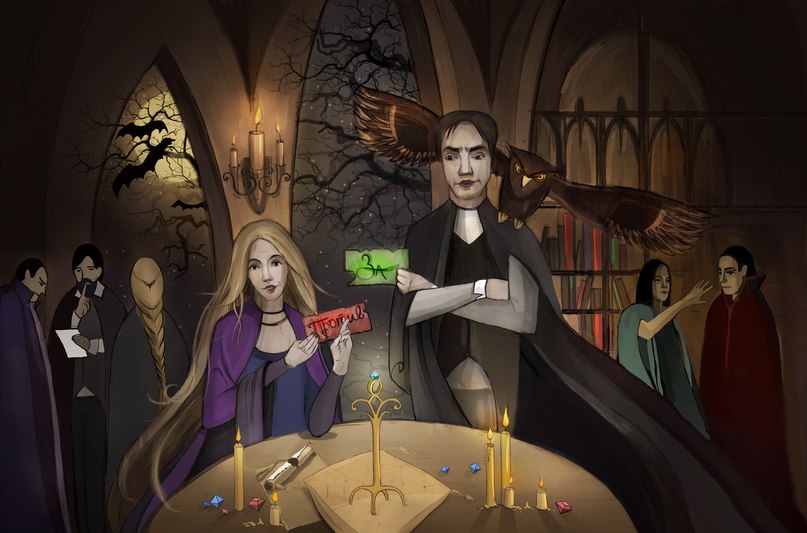 A witty fantasy plot that will appeal to Tolkien and Harry Potter fans, a satire on political power struggles, a tale of love, murder, betrayal…

There are two controversial issues to debate today: the vaccination against vampirism and the prohibition of love-magic. You’ll attract supporters by any means: bribery, coercion, threats. Of course, you’ll do it for the sake of goodness and justice!

Some participants have already decided if they’ll vote for or against these propositions, and others will decide during the Council meeting.

Your story starts in the Council Castle…

In the evening, you arrive at the Council Castle. The host has organized a traditional dinner for all members. The agenda for the night and different positions are discussed in an informal atmosphere. There are heated words exchanged, but that’s to be expected.

In the middle of the dinner, the Master of Futures makes a strange statement –  she stands up and says:

The seventh one today

Will surely pass away 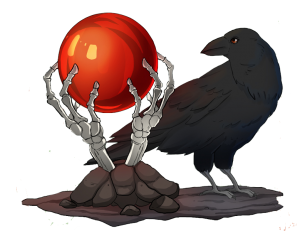 Most of you decide that this couplet is just one of Glenda Morgan’s eccentricities, and pay it no mind.

It’s a minute to midnight. You are in the Council Session Hall, but where is Grandmaster Merlin VII?

The “Wizard’s Choice” theme party game  is a good format for a birthday party, prom party, or any other celebration. The game can be held in the open, in a house or a flat (if there is enough space) and in a restaurant (in a separate hall).
Duration: 2.5-3 hours.

Before the game every player receives an invitation to the meeting. The letter describes the history of the magical world we’ll be playing in and introduces the activities planned for the night.

At the celebration, the Game Master designates roles to each player based on temperament and personality, and players can immerse themselves further with costumes and props. After the roles are assigned, the players read their stories and familiarize themselves with their character’s objectives and the rules of the game.

As an example, one rule: no one’s word can be trusted. In order to guarantee anything from another player, one must bind an agreement with the Unbreakable Seal of Magic.

A player’s objectives may include…

…and many, many more objectives that can be achieved in numerous ways. Players have to plan, scheme, make alliances, and search for creative solutions to unexpected problems — skills as useful in the magic world as they are in real life.

In the finale of the game, the contestants for the the position of Grandmaster give their final speeches to convince voters why they deserve to be at the top, everyone votes on the laws, and arrests are made.

At the very end, we’ll unveil every little secret and mystery withheld throughout the game. After the party, many participants continue to discuss the turning points of the game, the lies characters told each other, and the mysteries they were — and weren’t — able to resolve.

The future of the Magic World is in your hands!

He has kind eyes, he always smiles, and he is always ready to dispense advice to anyone who asks. People who have something to hide often behave this way.

The youngest Supreme Master in history, Richman is simple-minded and predictable…in their desire to bribe you.

It is surprising that she managed to keep her good reputation, charming smile, and fashionable hairdo considering she has such a high position.

He is severe, straightforward, and taciturn. He is a key figure in the extraction of spillikins.

She is bright, independent, and lonely. She spends a lot of time in the forest so as not to get on others’ nerves with her whims.

Hot-tempered, decisive, and an ardent fighter for a healthy lifestyle, Dail makes sure wizards don’t eat too many sweets.

Grave is gloomy, secretive and cynical — it’s natural in the business. Alex’s tinctures solve many problems if one is rich enough to buy them.

He is handsome and inquisitive but rarely smiles seldom.

Grandmaster Merlin VII’s closest friend. Stark is a war dog, clever, and very dangerous, but a person of principle. Stark could arrest half the Masters if necessary.

Like most fortune-tellers, she is a little crazy. Her predictions are vague but often right.

As inquisitive as a child, loves nature, and has quite a sweet tooth. Merlin respected Sollein’s modesty.

The Assistant to the Supreme Master of Alchemy Undine Rivers (F)

Between her graceful movements, soft manner of speaking, and kind eyes, it’s a pleasure to talk to her…But be careful not to fall into her web.

Clever people are not usually merry, but the Assistant to the Supreme Master of Education seems to know the secret to being both.

The Assistant to the Supreme Master of Economics Robin Butler (M)

He is young, arrogant and ambitious. His boss is a bad influence on him.

Even more honest and decent than their boss. Arno’s opponents all hope that that belief in truth and justice will fade with age.

Well-known in the magic world, Sonnet’s songs are famous for their satyric content. Be careful not to end up a target of one of them!

A seller of oddities and curiosities. Very well-traveled. But it seems selling wares isn’t the merchant’s only goal in the castle…

He is a simple and smiling guy whose life has never been a bed of roses. He says that the Magistrate is his last hope.

The Guardian of the Castle Carrie/Carl (M/F)

The guardian of the castle has met with many important figures, given them advice, knowledge, and dinner, and has been useful to those in politics for many years. 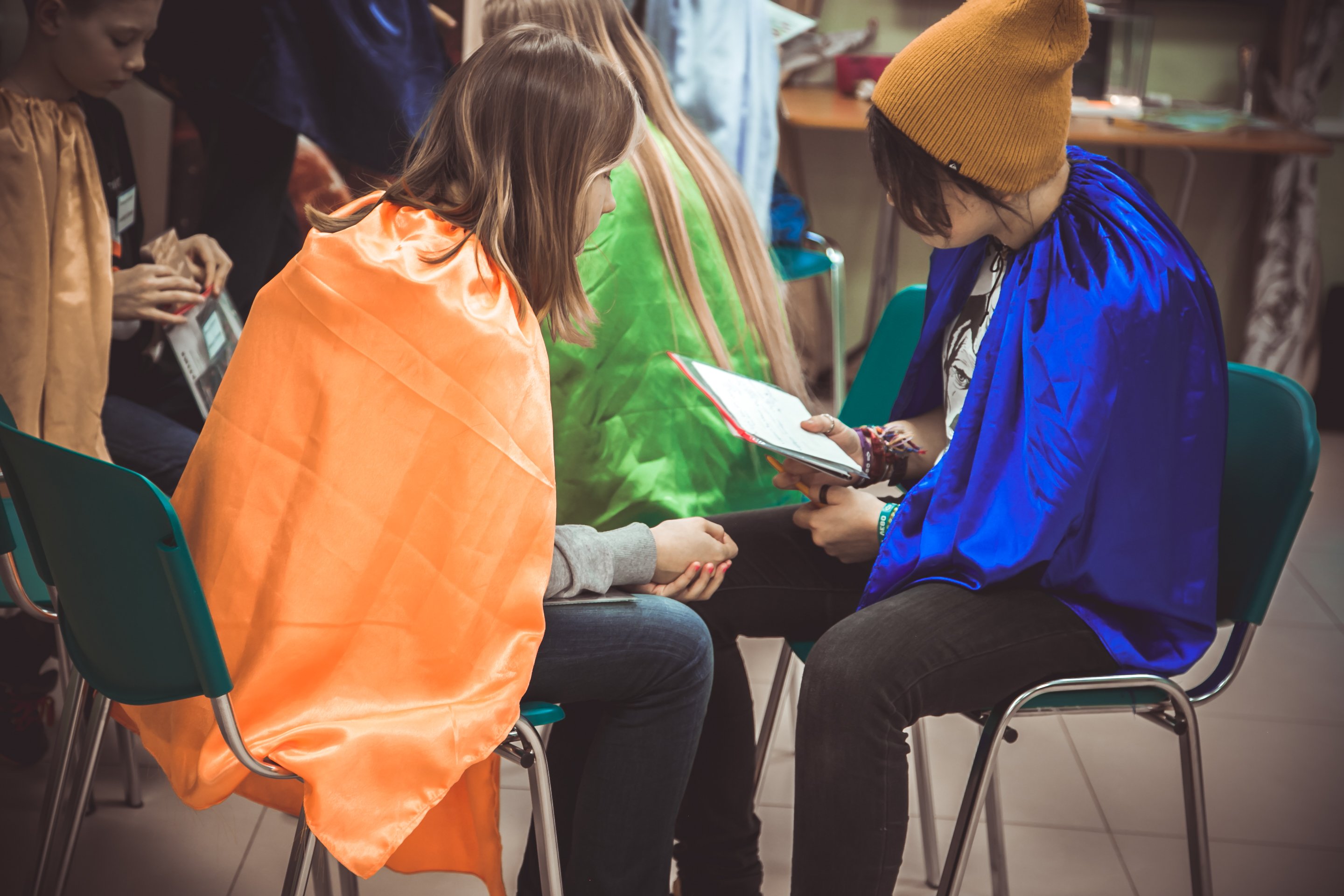 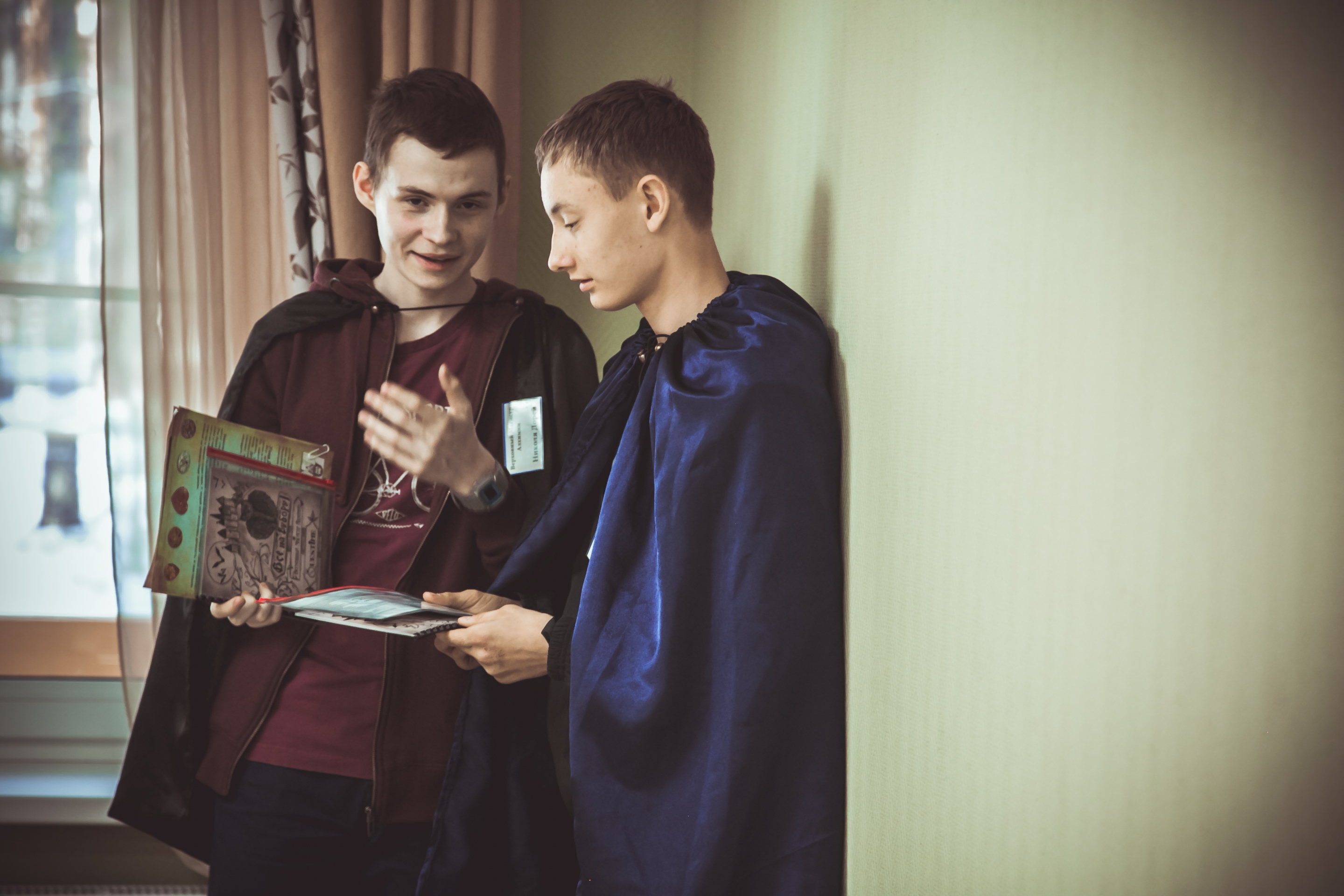 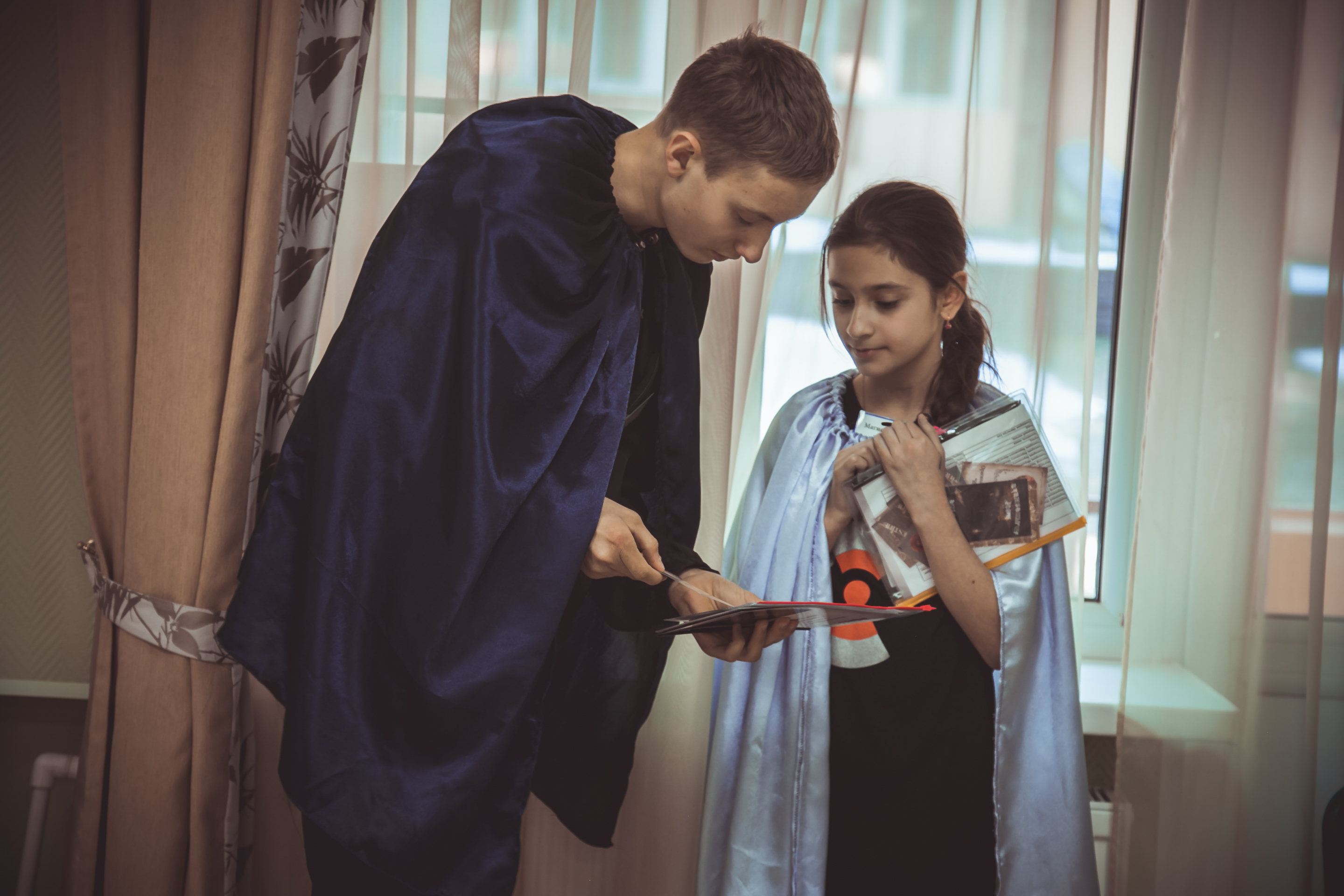 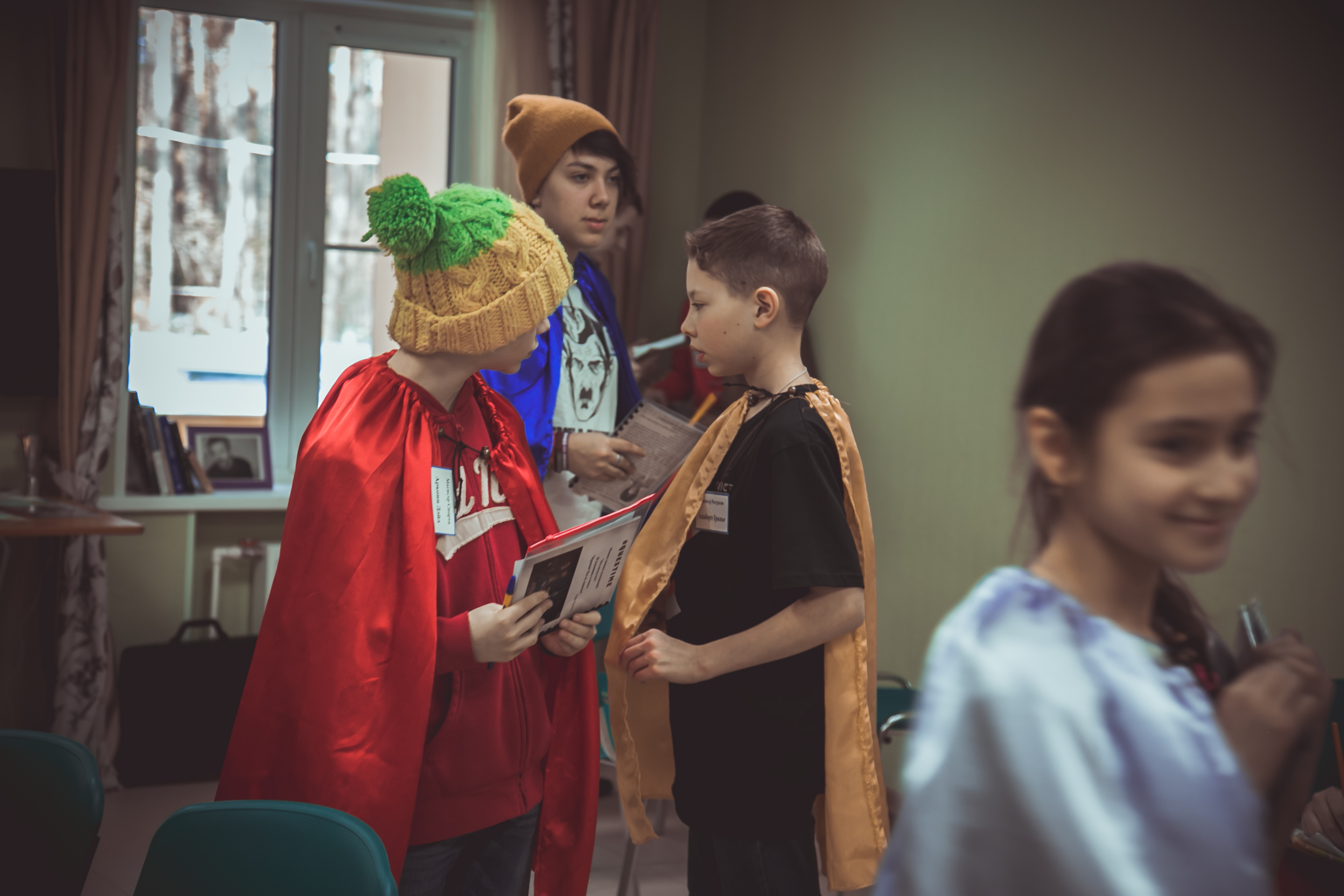 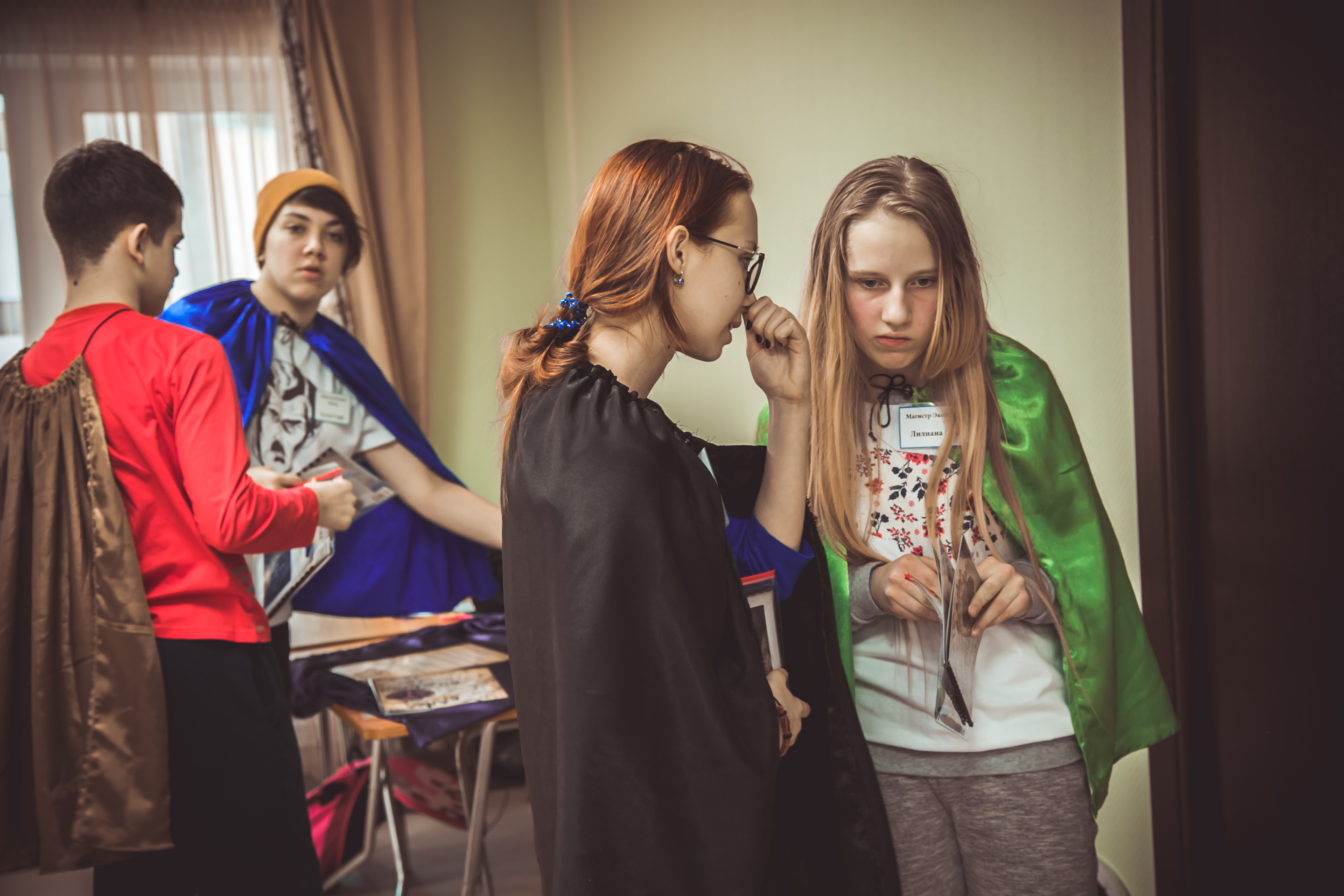 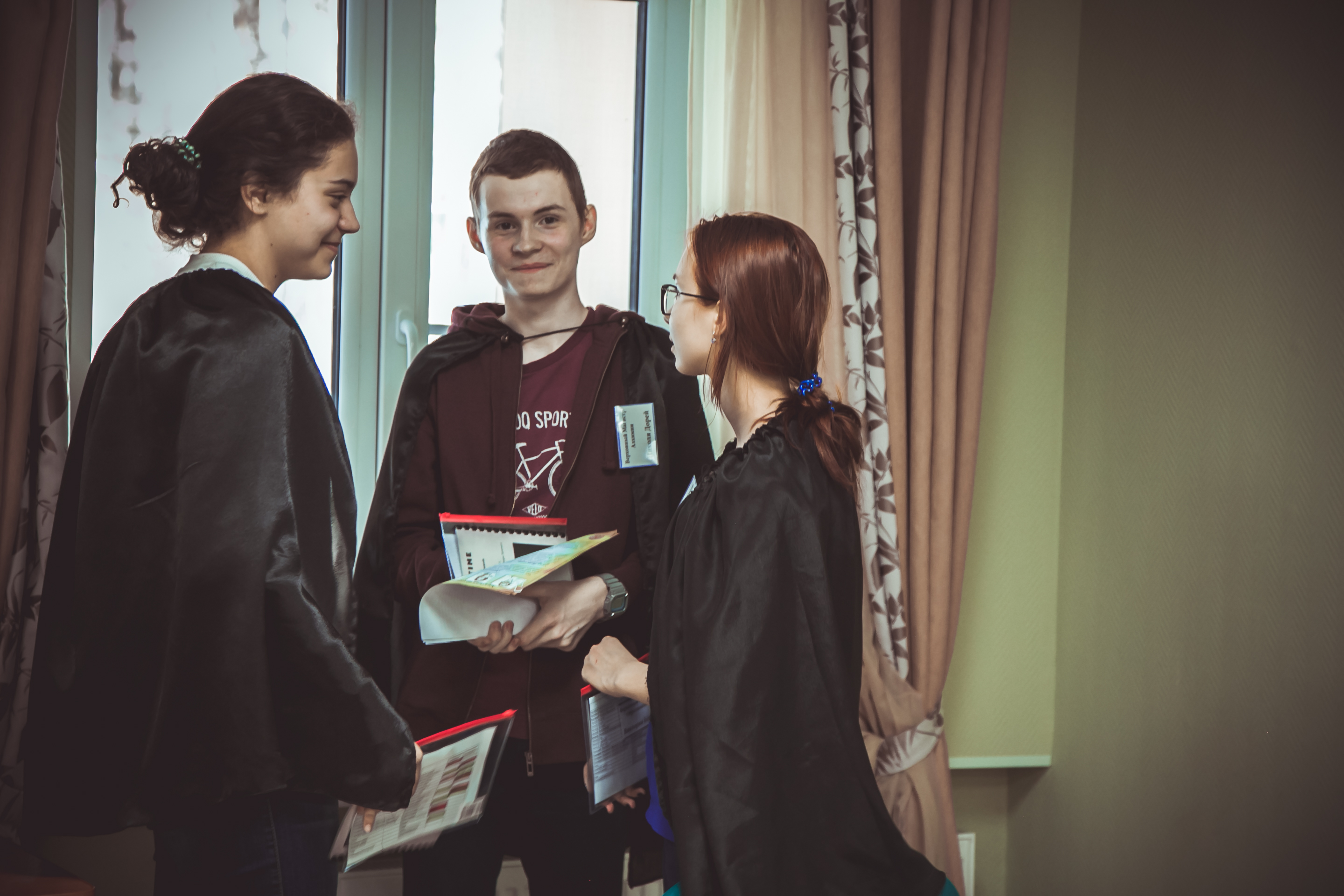 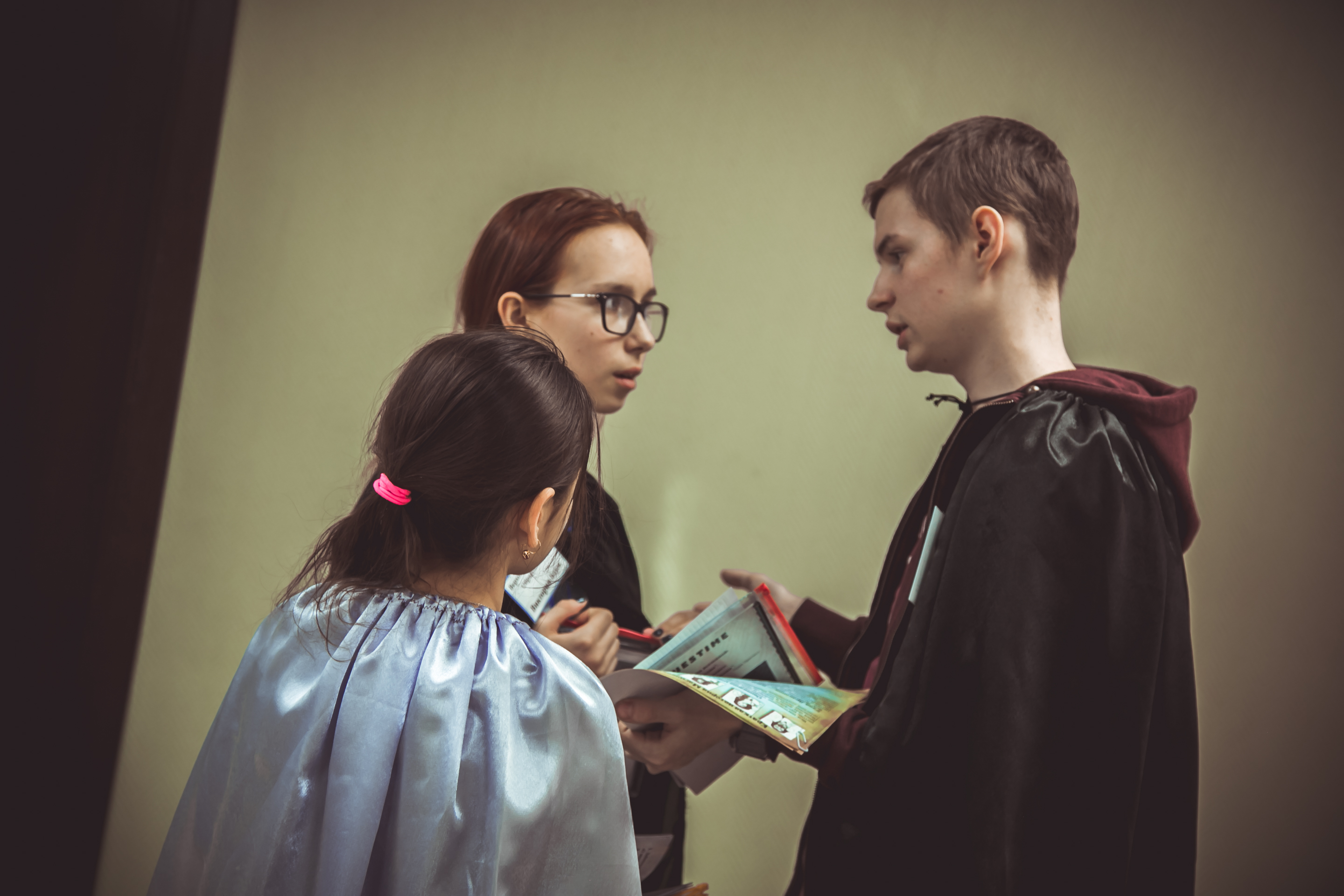 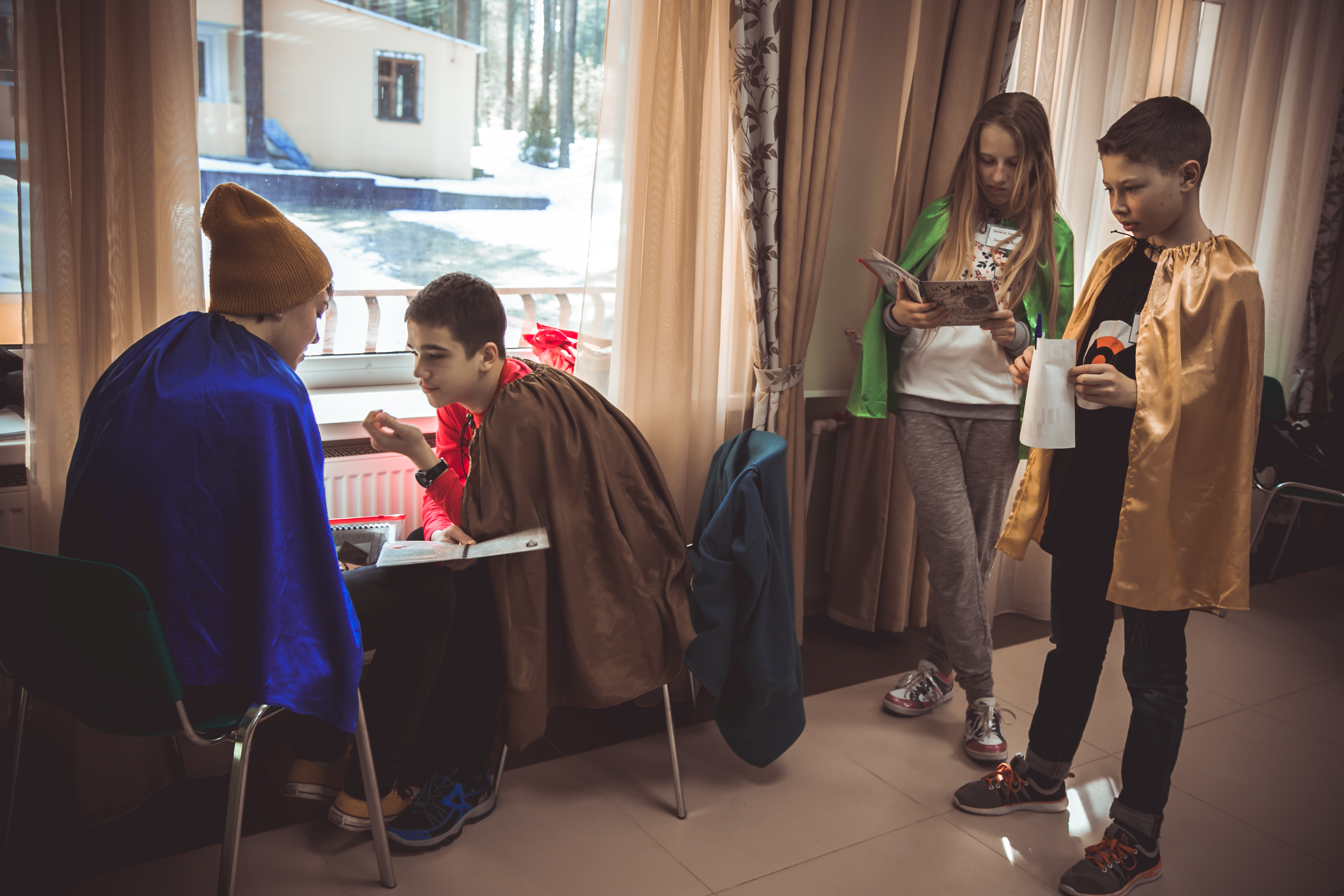 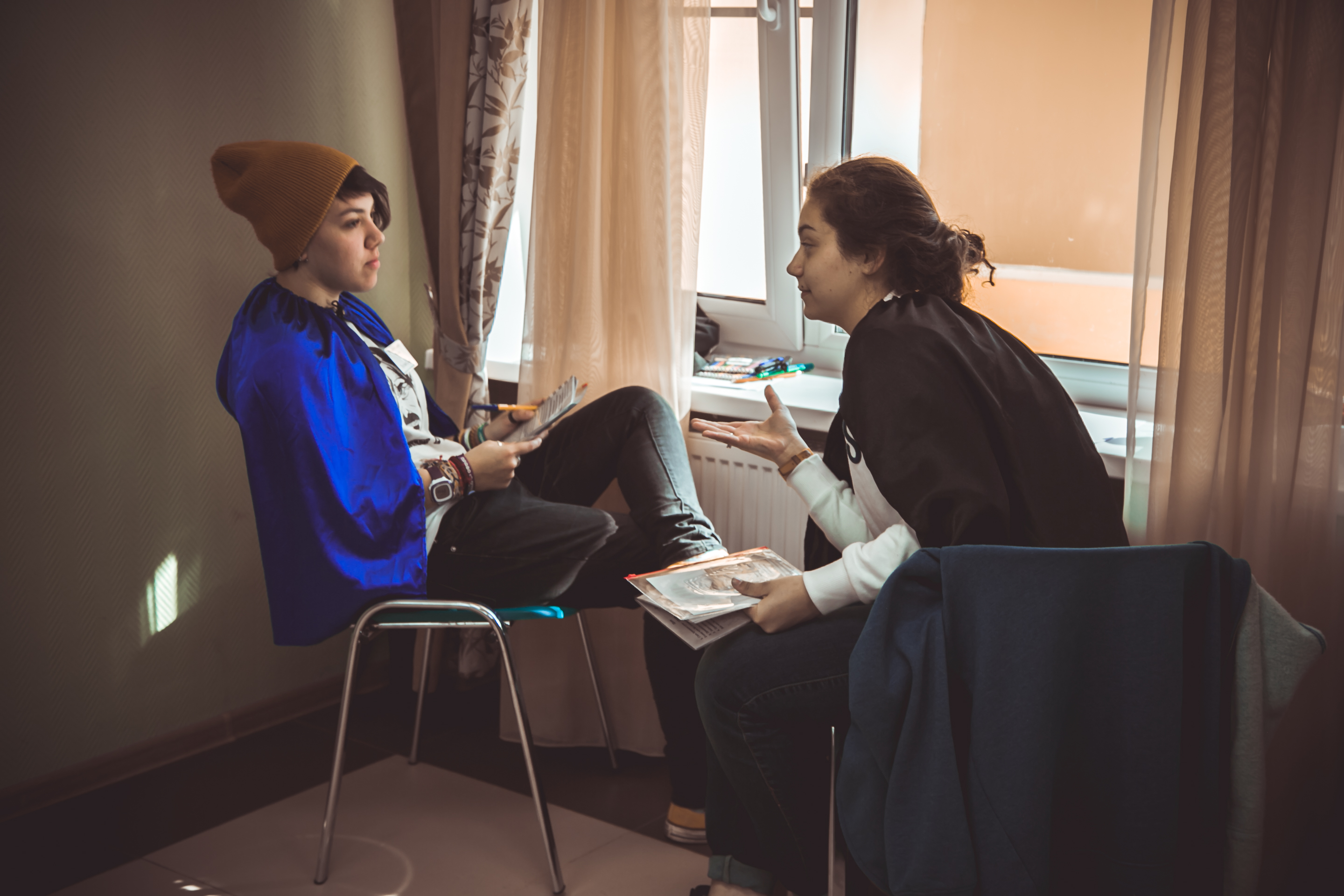 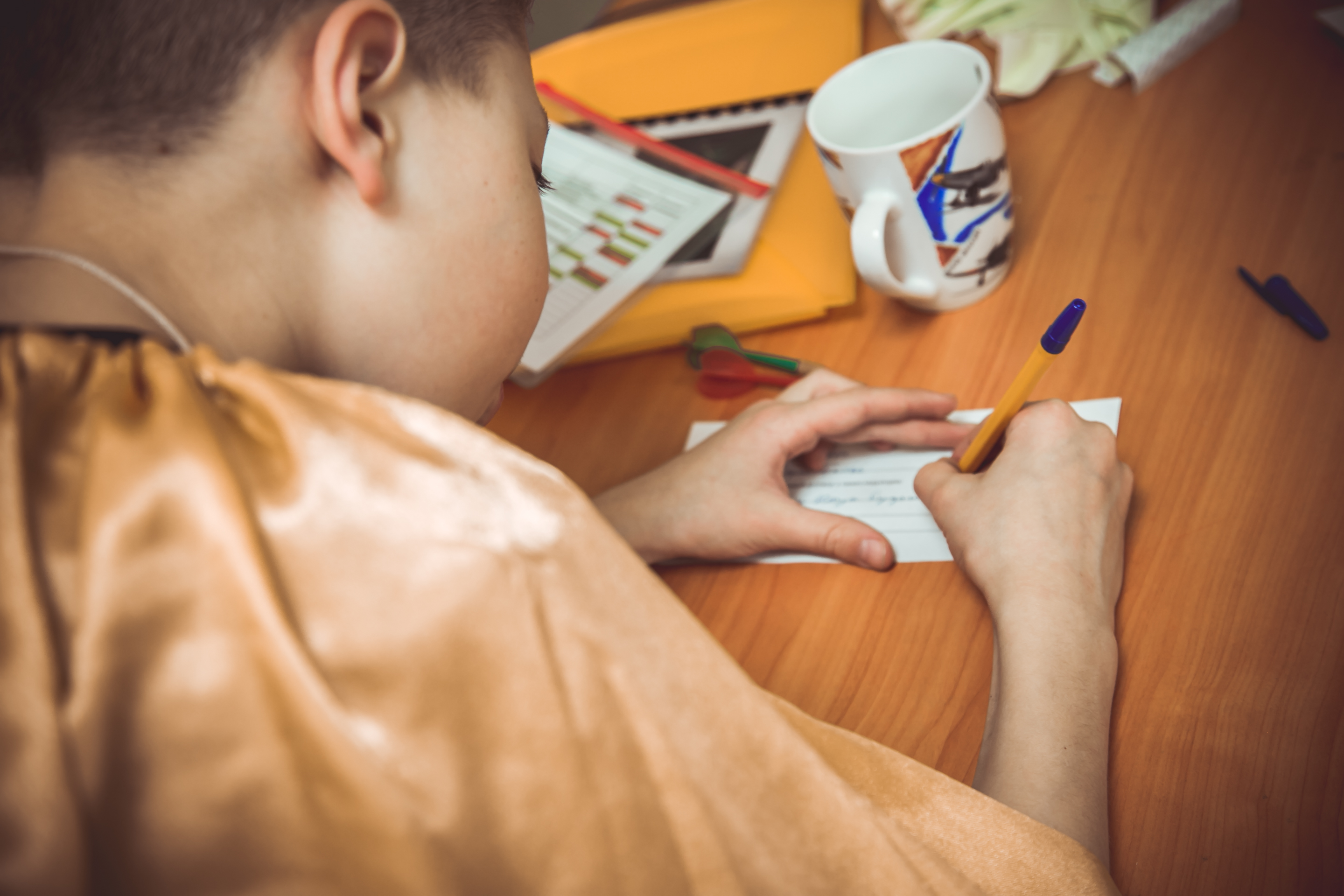 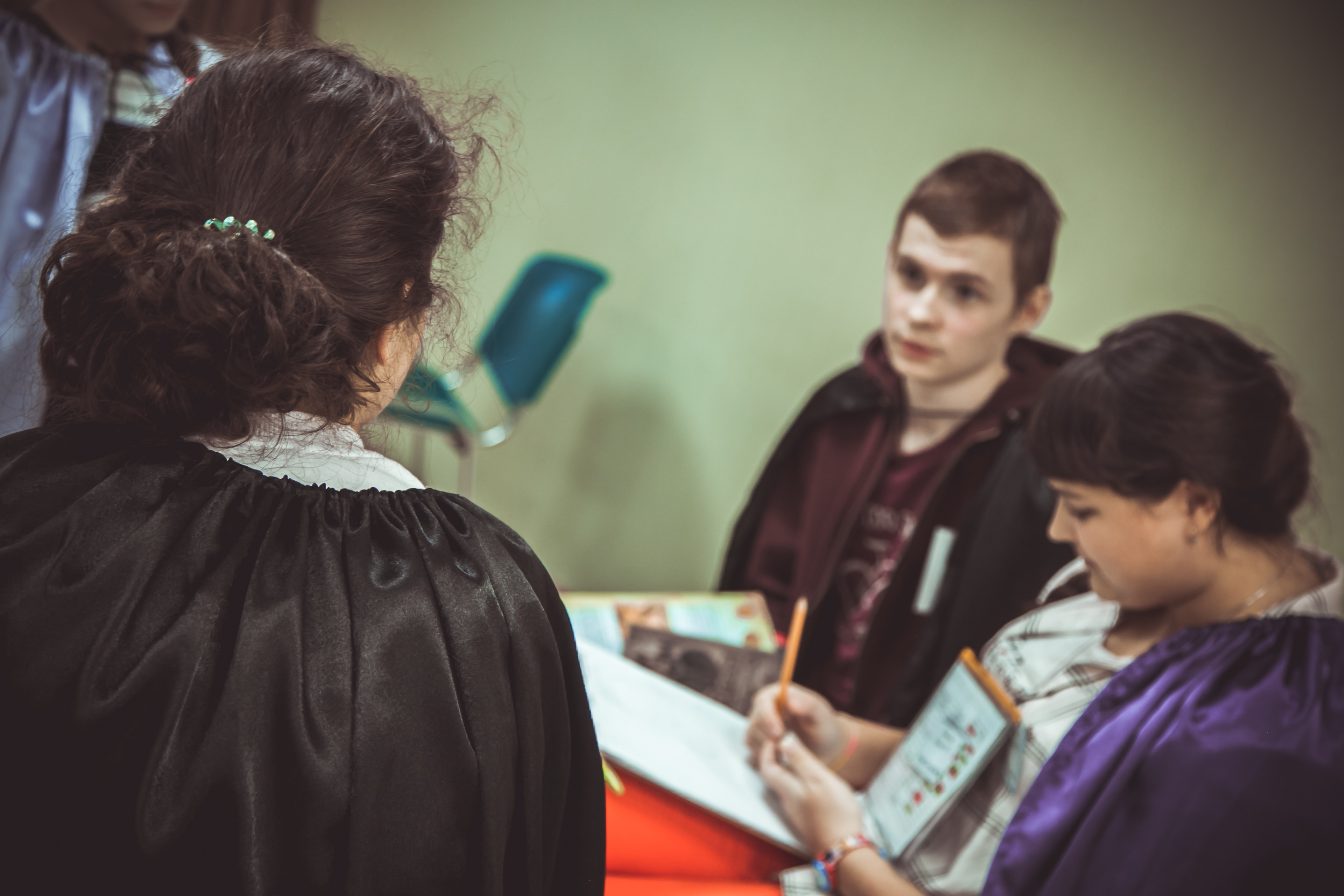 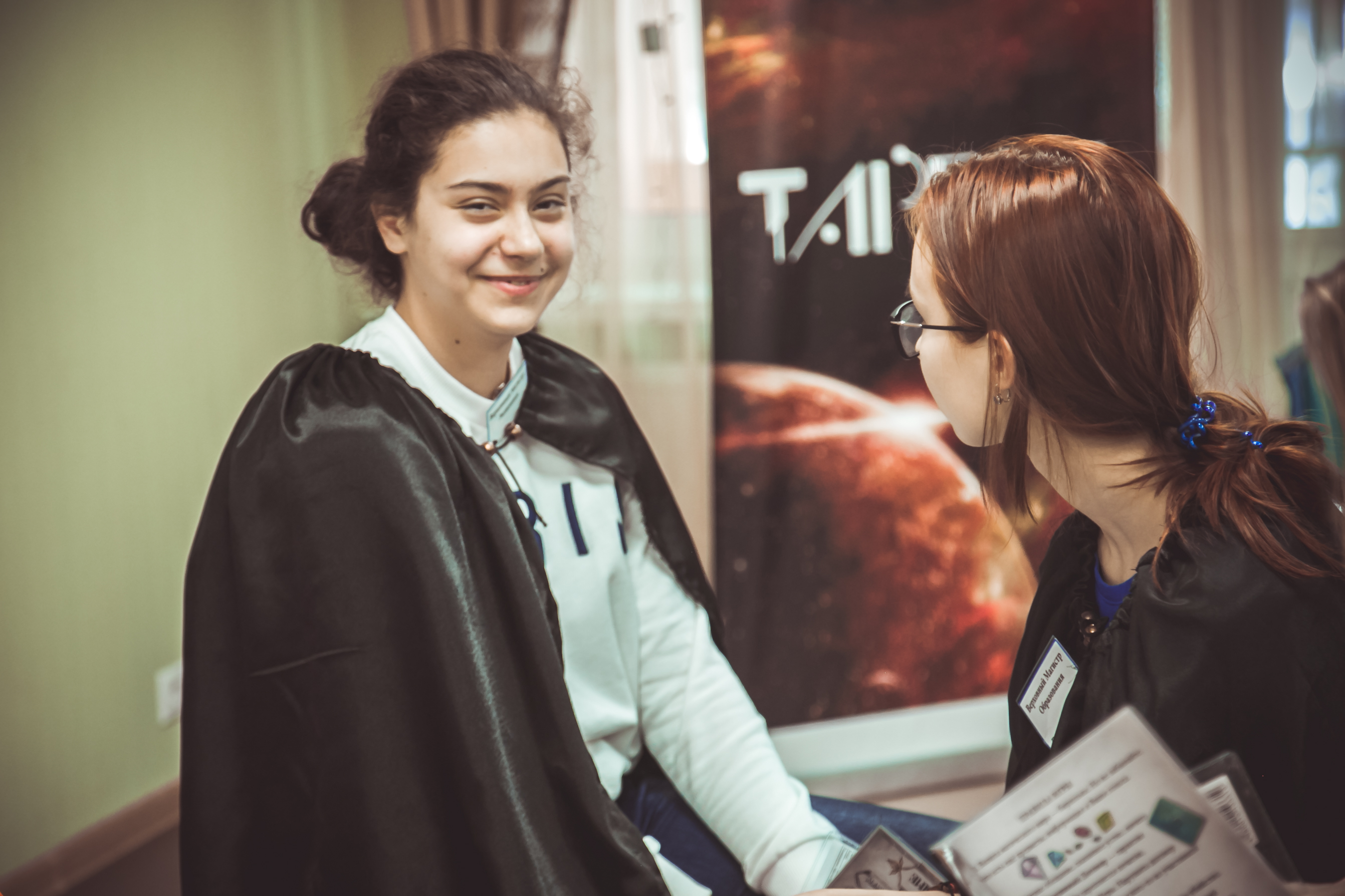 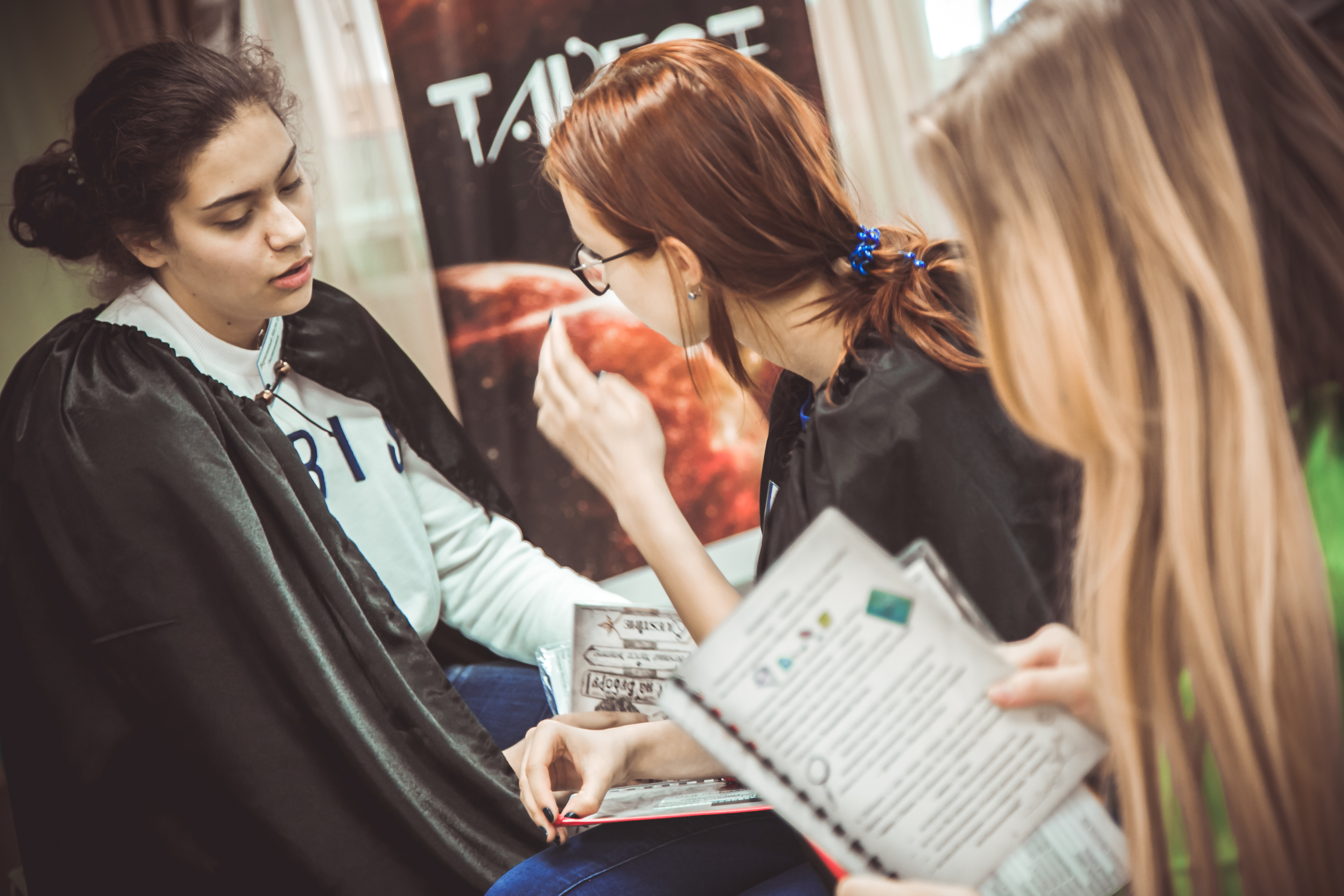 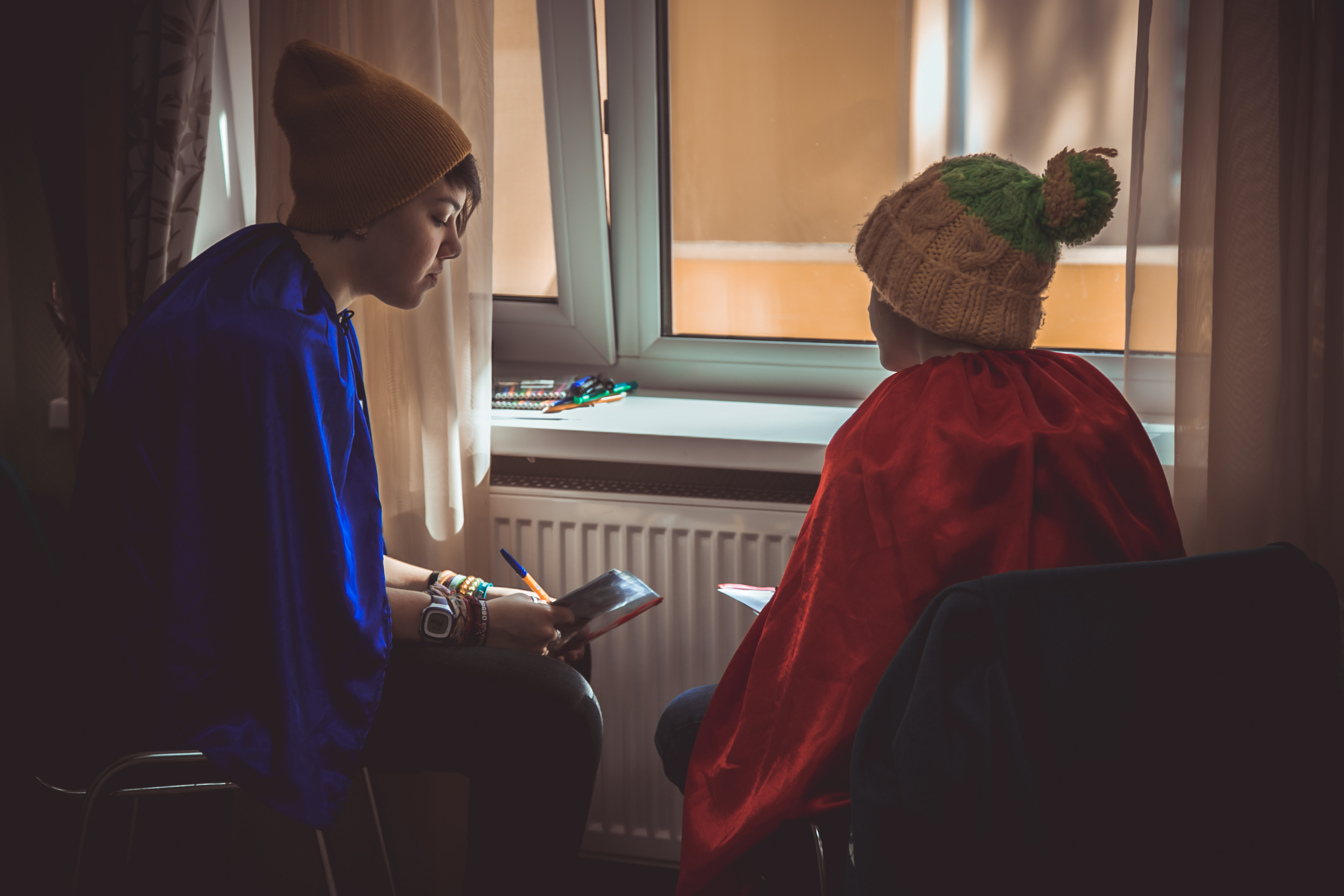 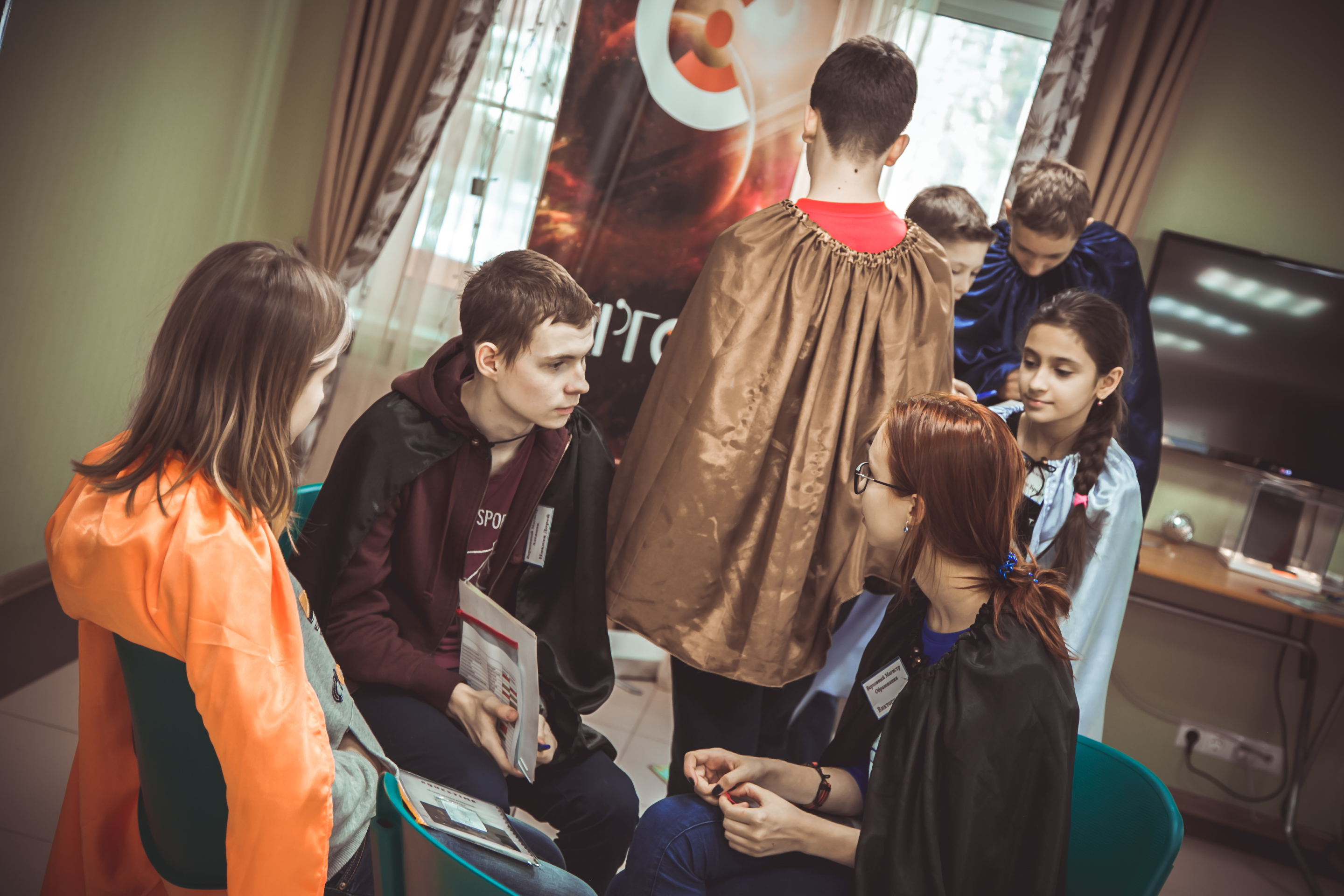 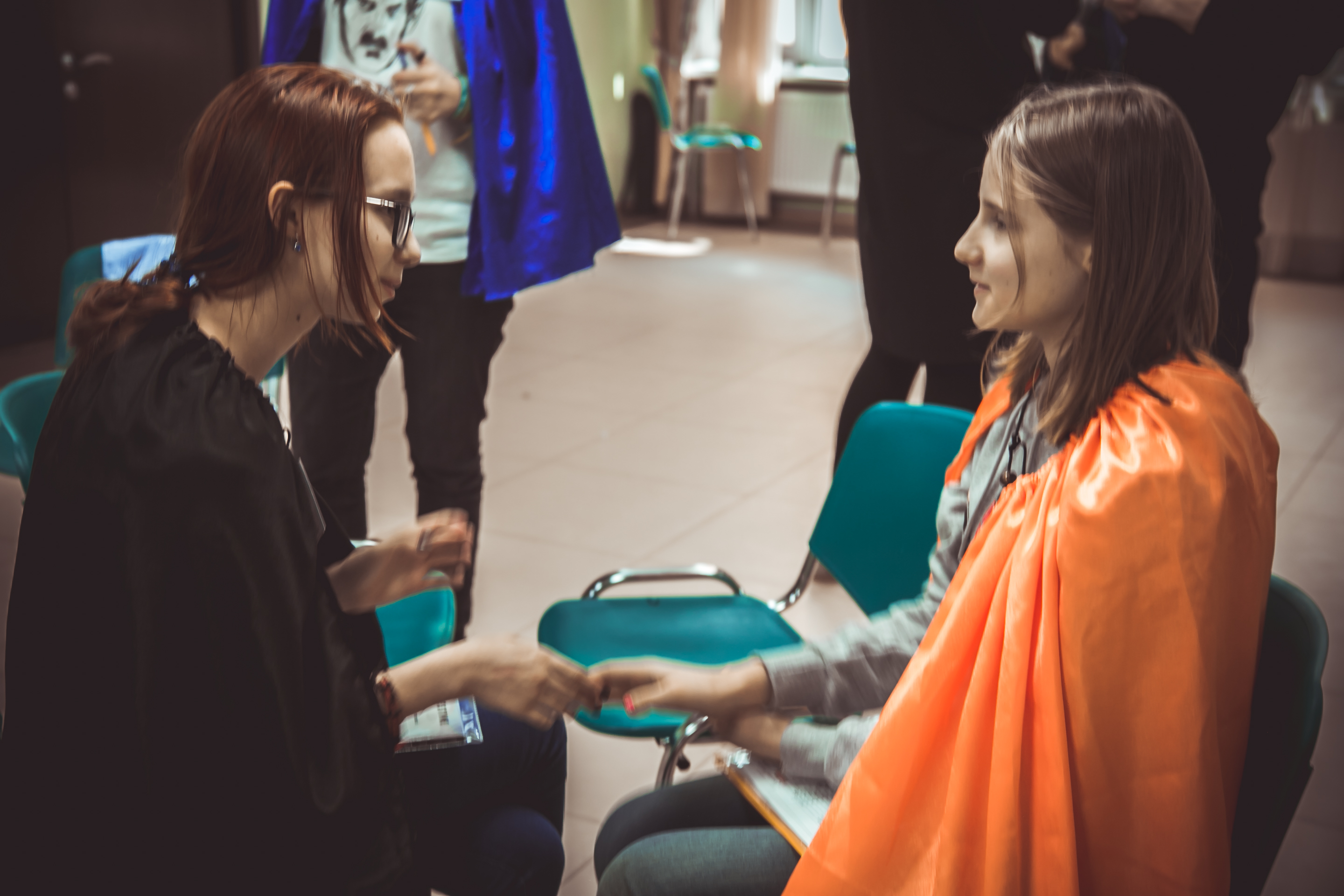 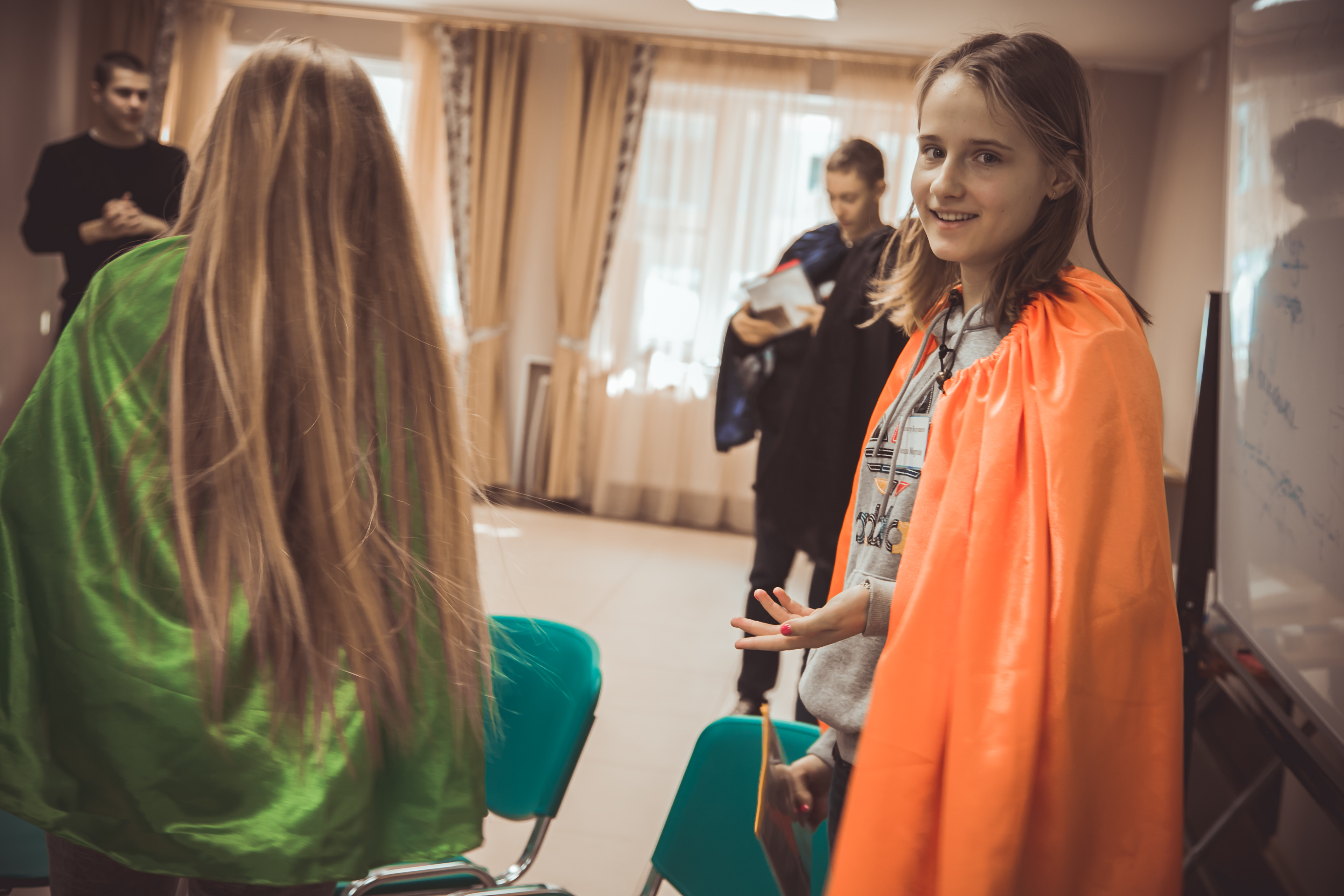 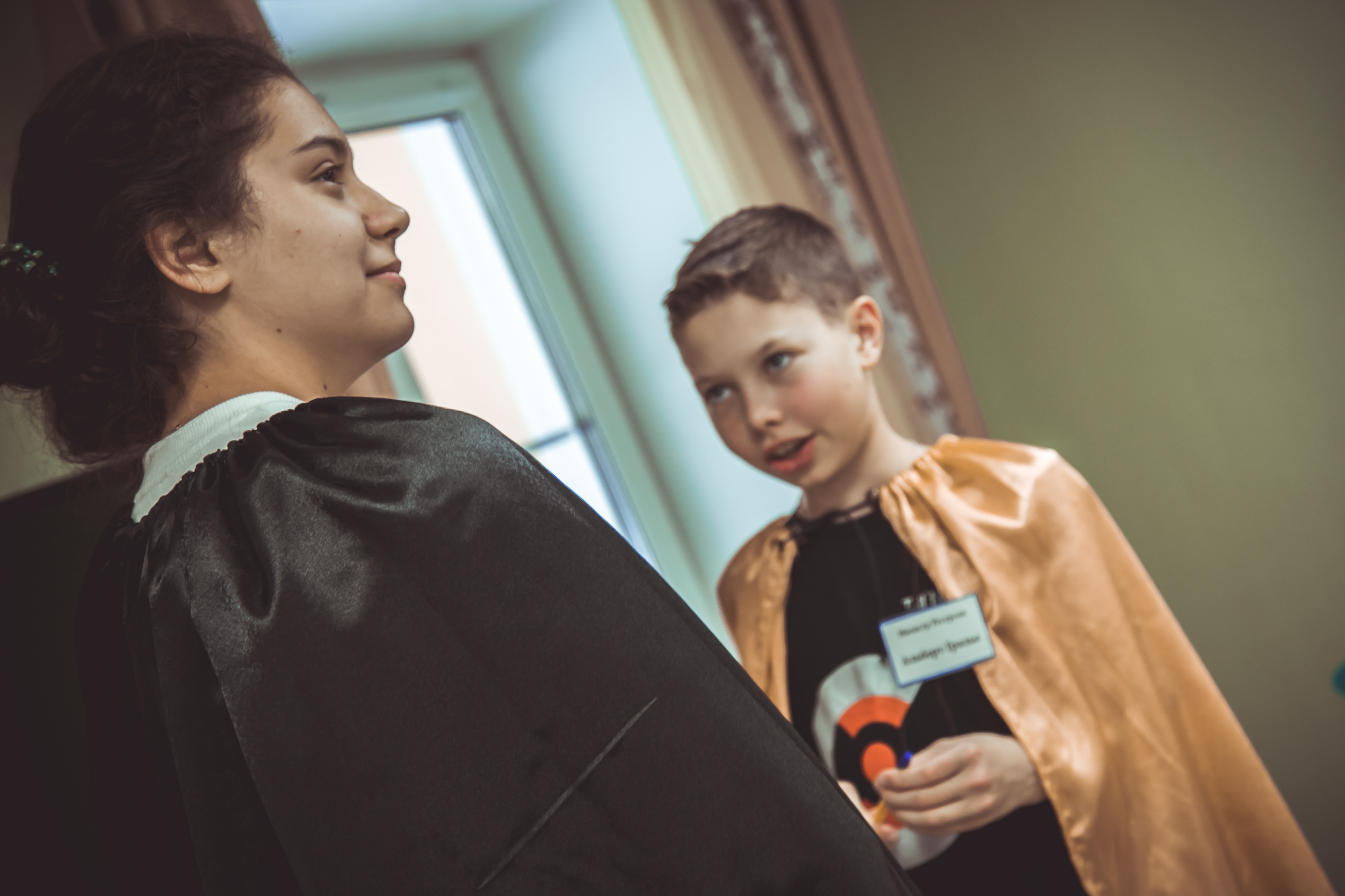 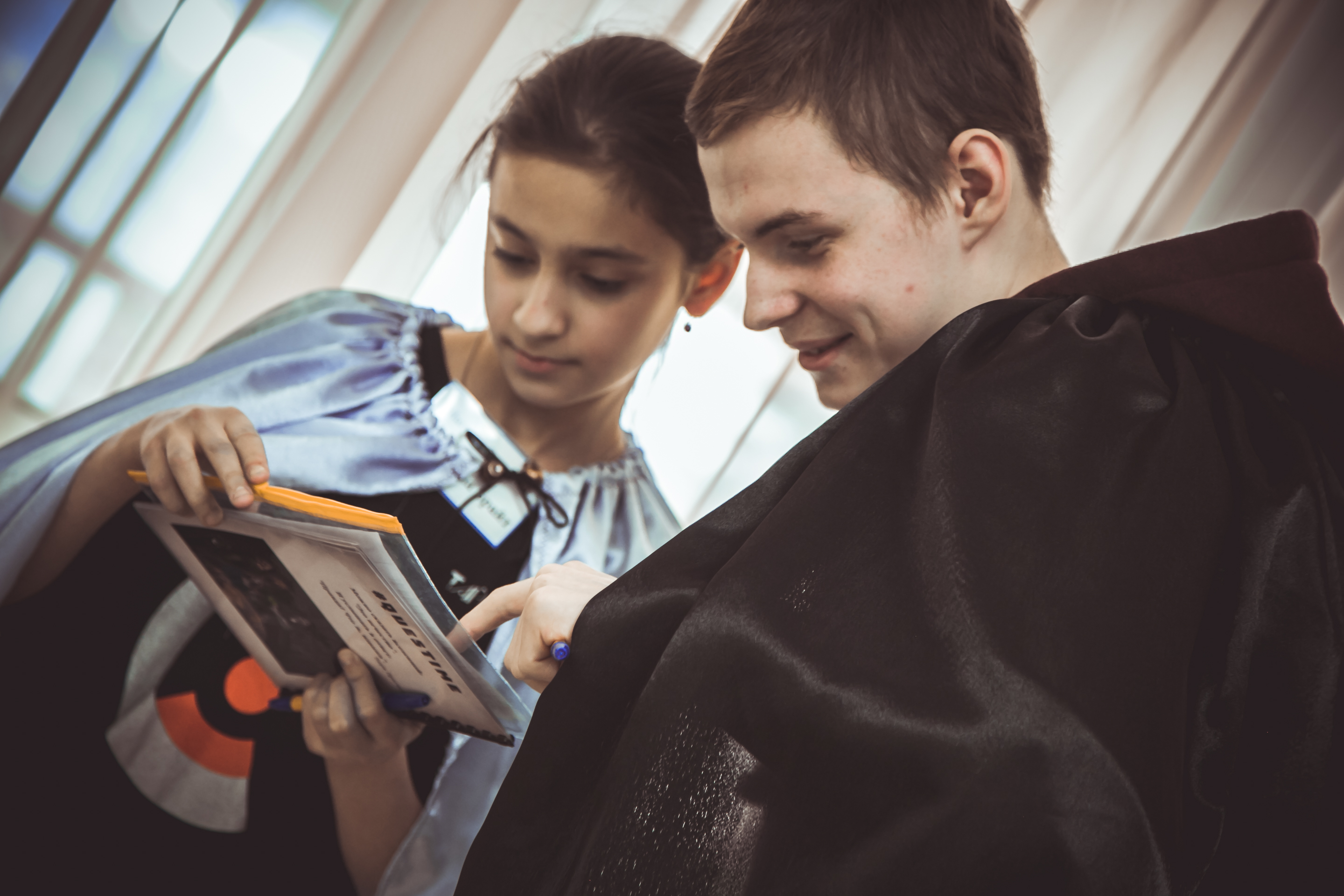 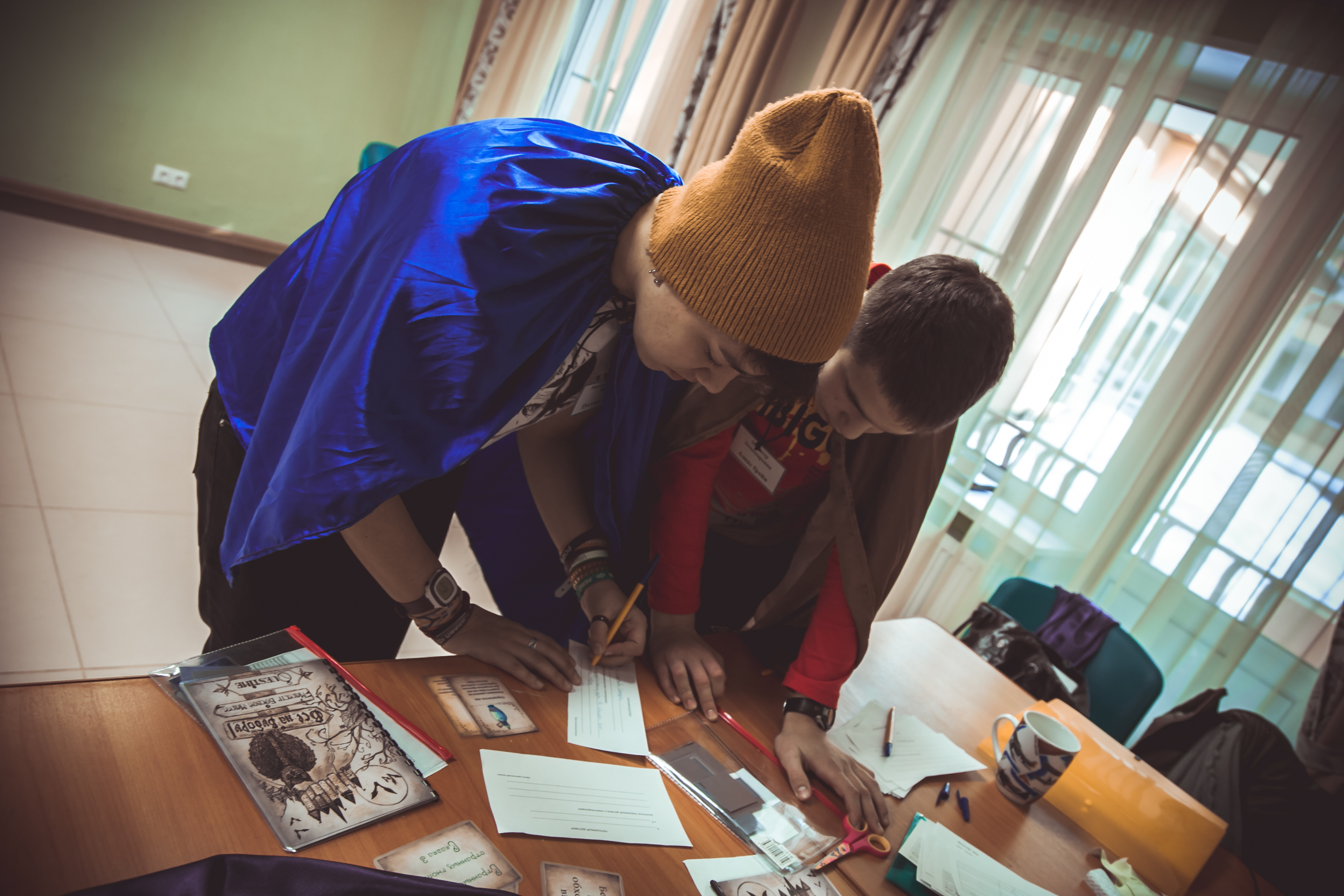 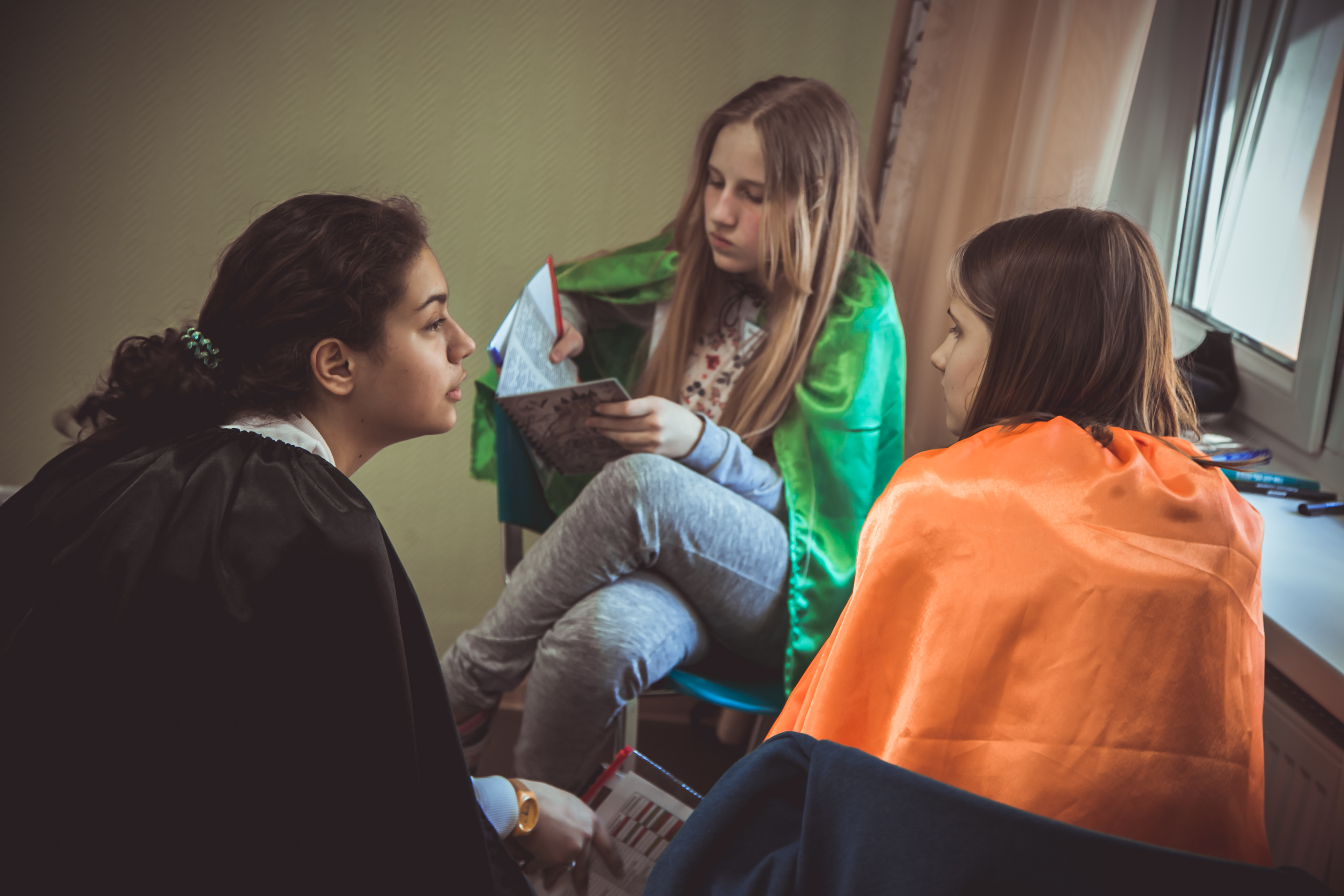 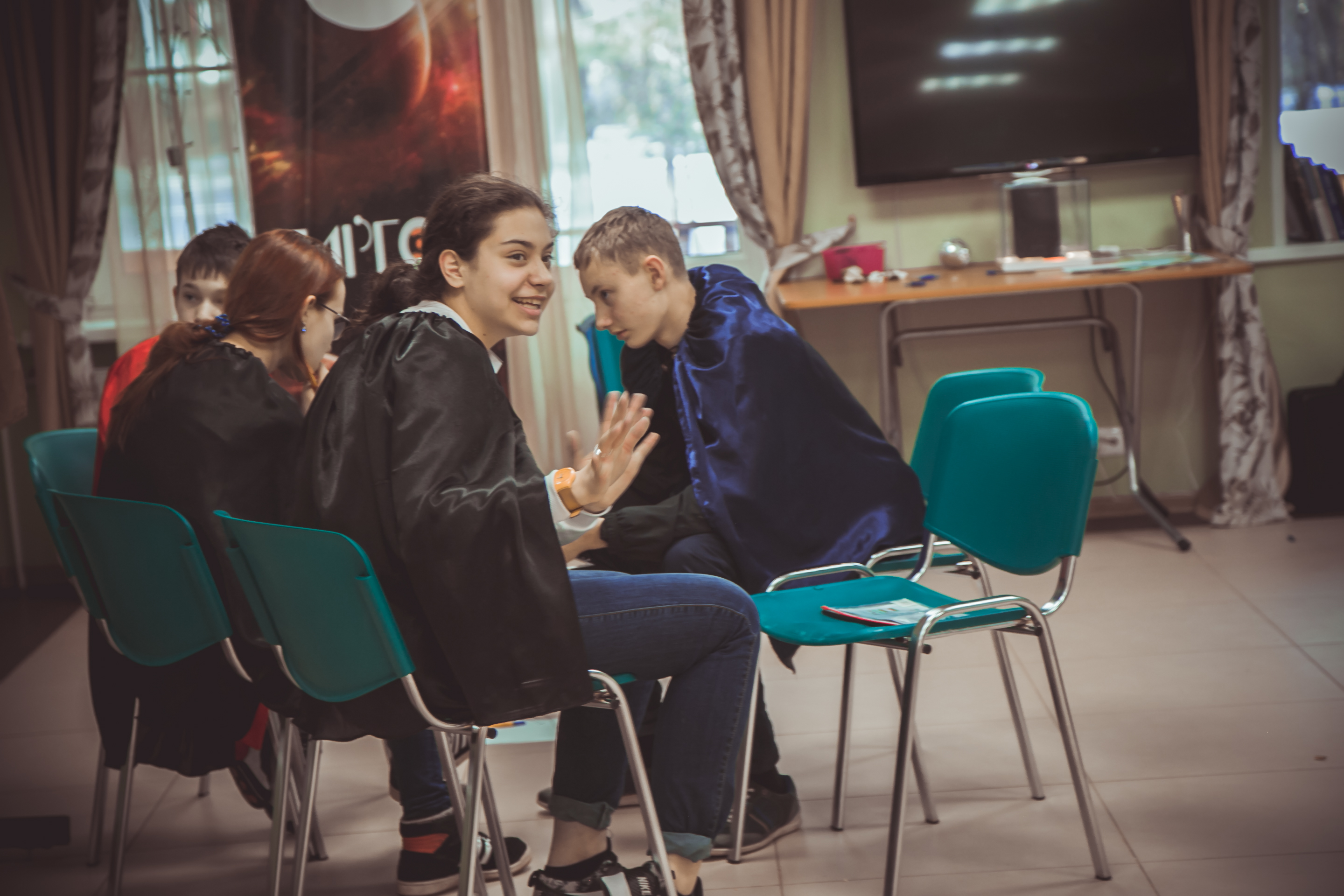 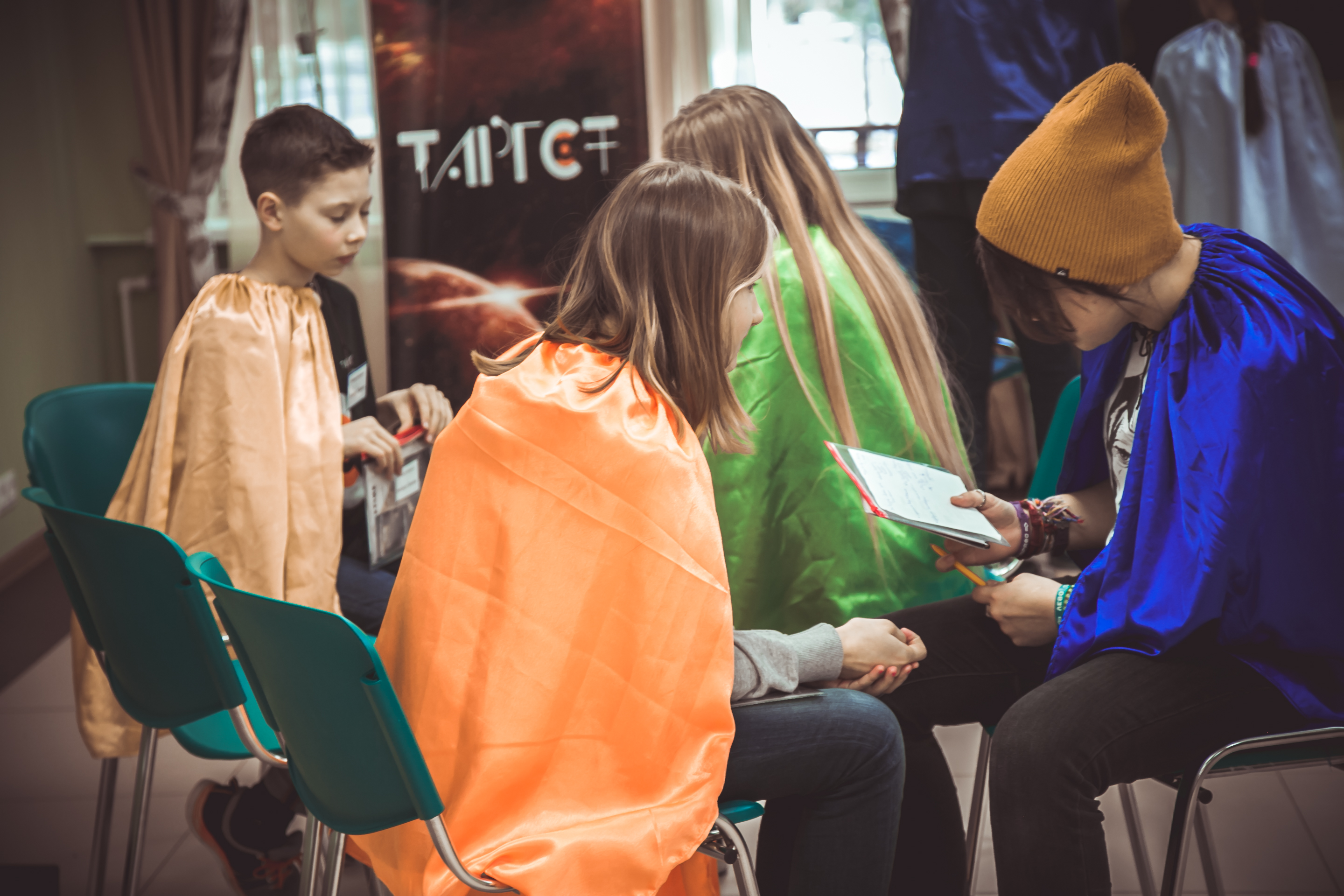