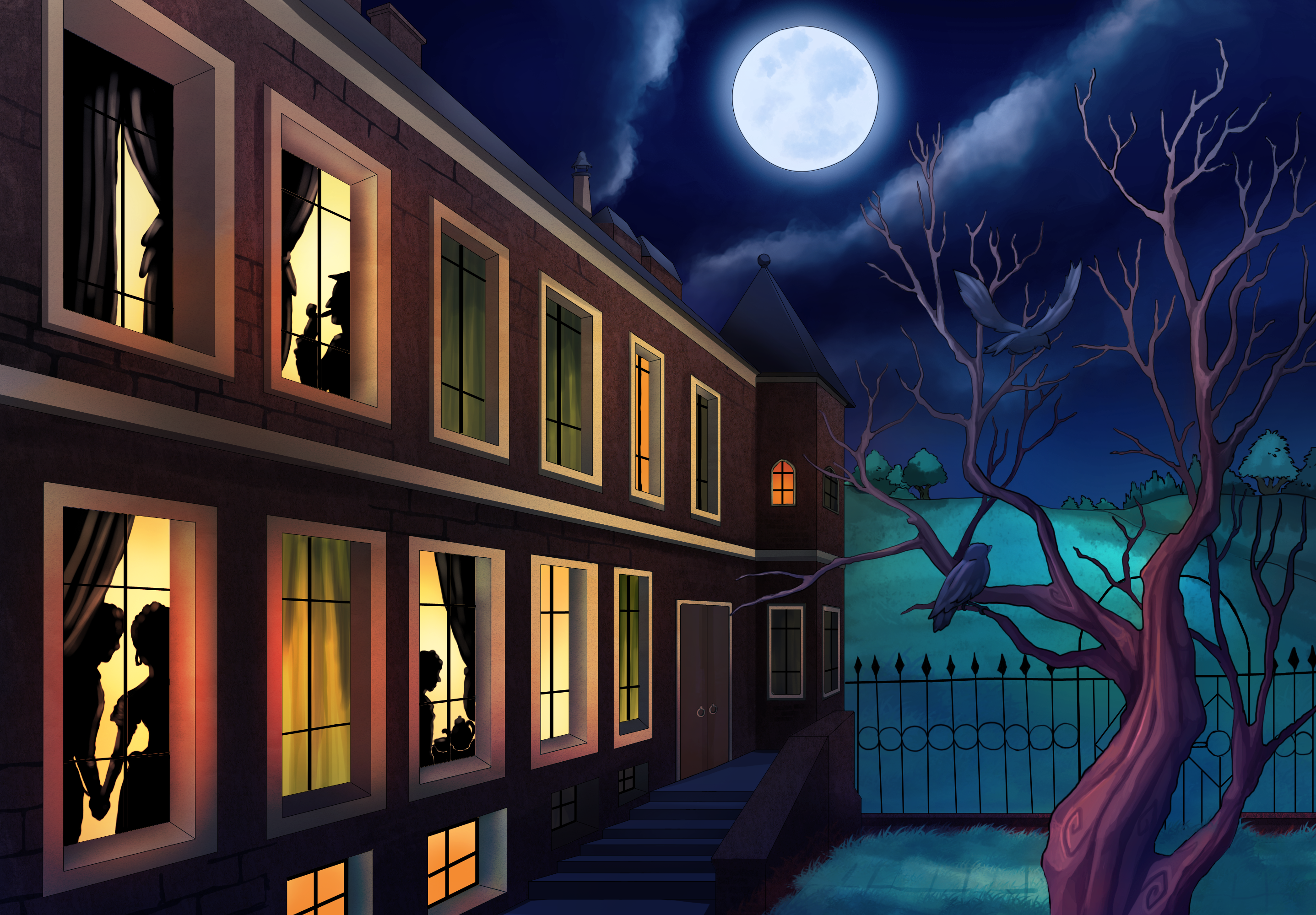 How many skeletons are hidden in the walls of the old haunted mansion? Who will get the collection of precious Indian jewelry? And who will  win the heart of a young heiress and her hand in marriage?

The “Doublebottom House” is a Victorian detective story incorporating the best elements of the works of Edgar Allen Poe, Conan Doyle, Agatha Christie.

This story takes place on October 1st, 1874, on a rainy day at the Doublebottom House.

Small excerpts from British newspapers of that time:

arold Barnaby and two other brave British soldiers Major Williams and Lieutenant Fisher saved the life of the only son of  Rajah Singh. In an interview with the “Bombay Truth” newspaper, our heroes revealed  that the boy was hidden in an abandoned temple of Kali, goddess of death. The kidnappers ran away and hid themselves in the jungle.

“It was natural for us to save the boy”, said Fisher. “The temple is magnificent, but the temple servants were not very friendly.  However, we managed to come to an agreement…”

Thus, the story of our fearless heroes is short and simple.

ingh was so happy to see his son again that he rewarded the heroes generously, even by the standards of an Indian Rajah.  Mounds of gold coins and a world-famous collection of precious jewelry and ornamental daggers were bestowed upon the ordinary English soldiers. The British Museum had offered them large sums of money for these collections many times.

“My son’s life is priceless.  I swear by the Gods, I would have given everything I had to get him back”, said Rajah Singh in explanation of his  generosity.

A month later everyone was  shocked by terrible news: Lieutenant Fisher had been stabbed in a Bombay hotel and Major Williams was found injured  in a dark narrow alley. Harold Barnaby was said to be born under a lucky star as he managed to escape this tragedy and safely left India.

pon his return to England Harold Barnaby announced his intention to auction off the collection of flower-shaped jewels that the Rajah Singh had given him. The auction would take place on the day of Jessica Barnaby’s 17th birthday party. He invited hordes of guests, amongst whom were famous jewelry collectors, well-known jewelry appraisers, a neighbor, the director of the British Museum, and Queen Victoria.

Unfortunately, not every guests managed to get to the Doublebottom because of the terrible weather.

What a loss it was for those absent that day! Dinner, served at 3 p.m. precisely, was divine and made everyone forget about the storm outside.  After dinner Harold Barnaby made a surprising announcement…

To find out what happens next,  participate in the “Doublebottom House”, the mystical and witty mystery quest about the Victorian Era.

How does it work?

Every player has a role and is assigned several goals which can be achieved through interaction with other players. And not just murder! In every quest there are multiple story-lines that intersect with each other. Every hero has a variety of goals in addition to discovering the culprit. For example, a character might want to marry, to find a hidden diamond, or to poison someone at the end of the game. Even the murderer has more to do than just hide—they had their own batch of mysteries to solve.

All roles are critical. We don’t believe in having any supporting roles. We’ve come up with a way to integrate new characters so that they either bring in a new mysterious plot-line or add to an already existing one.

This means that even if your role was the twentieth one added, you would never guess it.

In every game there is a key event. For example, in the “Doublebottom House” there will be an auction of Indian jewelry. At the end of the game is a time of “dark doings”, when characters freely murder one another. So stay on your toes!

Our game master will support you in your quests to sow and solve discord and create a special atmosphere, providing costumes, accessories, and music to transport you to a rainy day in Victorian England.

This is a great format for a birthday party, corporate event, prom, or any other celebration. The quest can be held in a house (if there is enough space), in a restaurant (in a separate hall) or outside.
Duration: 2.5-3 hours.

The guests who managed to get to the Doublebottom House

You can find the sex of each character in the brackets.  M– male, F- female, M/F- a character can be of either sex.

The ghost of the Uncle (m)

Uncle Baranby’s Ghost – a hero of the Indian campaign. His existence is not proven.

As a 14 year old girl she lost both parents. She was sent to a finishing school by her dearest uncle. She is an accomplished lady and an example of virtue in its purest human form.

He saved the Rajah’s son with H. Barnaby.  A respected soldier of  the British Empire, everyone adores listening to his military anecdotes and jokes.

He is an art connoisseur and a bit obsessive in his love for weird Sherlock Holmes-like deerstalker caps.

He/she is a doctor by vocation but collector by hobby.  He/she has been in military service in India for a long time and now he/she spends all his/her money on jewelry.

A Russian millionaire and treasure hunter.  She/He is said to be assigned to Russian Security Agency at the order of the Tsar.  She/He has a big talent for appraising.

She is a scandalous lady and a French woman.  She can afford to be independent and well-off at the same time.

The director of the British Museum, a member of the House of Lords, and a loving husband who indulges the whims of his dear wife Harriett.

She is a writer and suffragete. It’s rare to see a woman who demands not a discount on gloves but the right to vote.

He is a young man, spoiled by his parents’ money and by lack of parental guidance. He is easily carried away by everything but he is not into anything in particular.

A young man with great expectations. He is a bank clerk and is dreaming about his own business.  He lost his father recently.

He/She was born into a well-off family and has a brilliant education. His/Her sister introduced him/her to Jessica.  He/she is interested in spiritualism.

Elliot Home’s sister. She was sent to the finishing school together with Jessica.  She is interested in spiritualism.

The owner of the finishing school.  She is very kind and sentimental.  She looked after Jessica while her dearest uncle Harold was away in India.

She is a lovely lady and a neighbor. She participates in social activities and raises money for charity.  She spends the rest of her time gardening.

She/He is the most energetic priest in the whole of the Empire. His missionary activity covers Jamaica and India. He is a resident of the small village of St Mary Mead. He was the one to follow Jessica’s parents to their grave.

He/She seems to be a bit too talented for just a rural doctor…He/She knew the Barnabys very well.

A representative of the company “General Store”.  He/She sells home essentials and more…

The Butler/ the Housekeeper Steplton (m/f)

His/Her brilliant manners were compromised by his/her mortal fright of ghosts. He/She promises to leave the house as soon as it stops raining.

She is aware of every step in the house and she has her own opinion on everything. 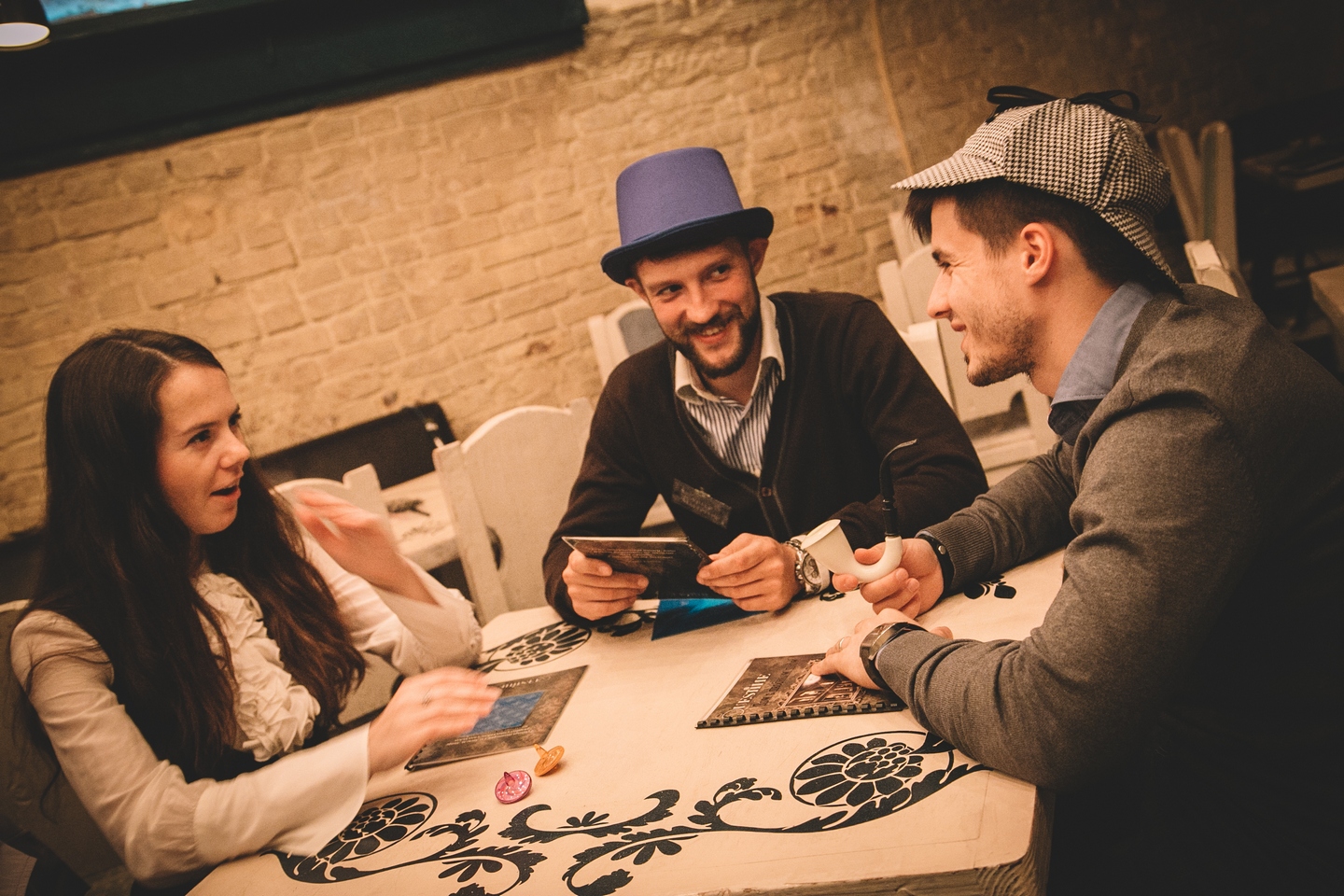 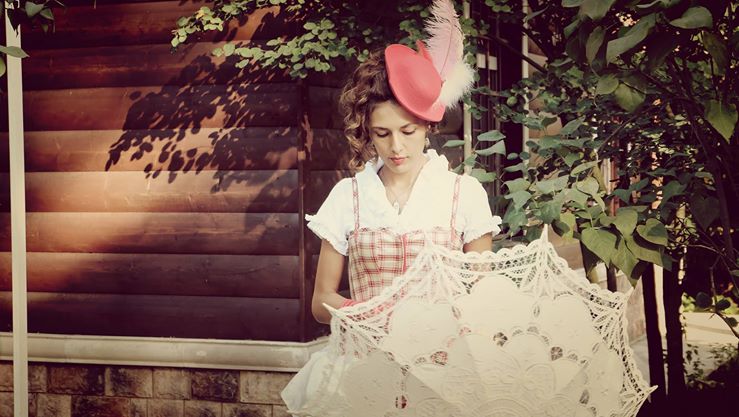 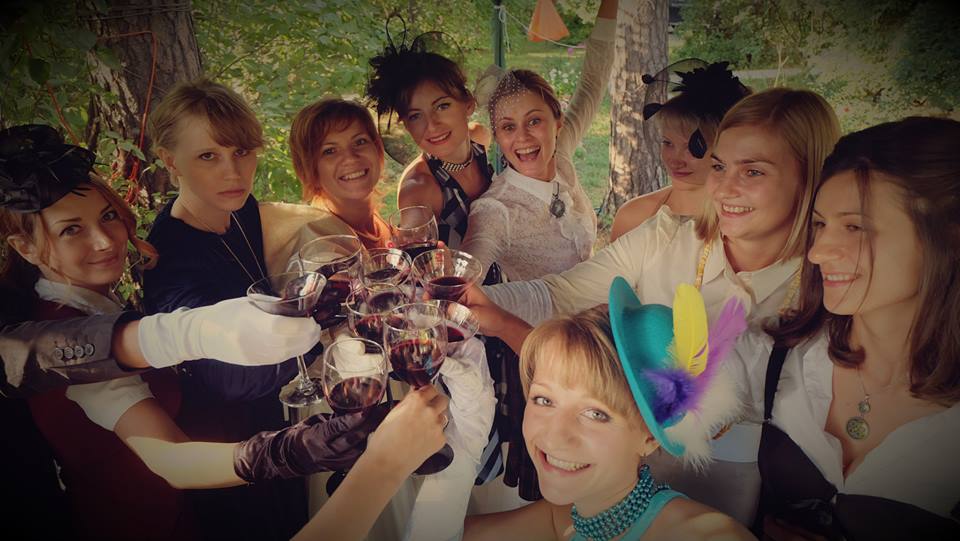 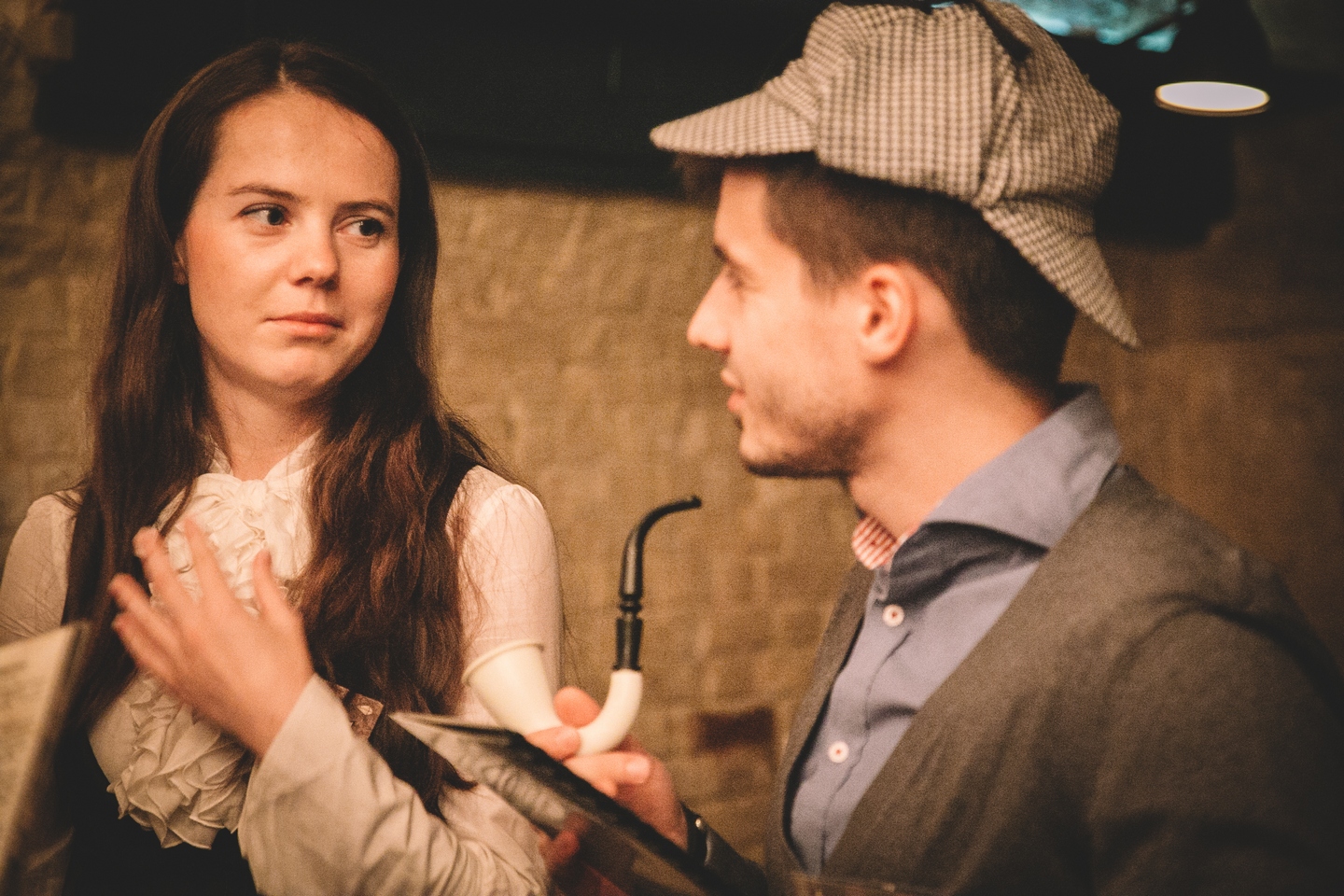 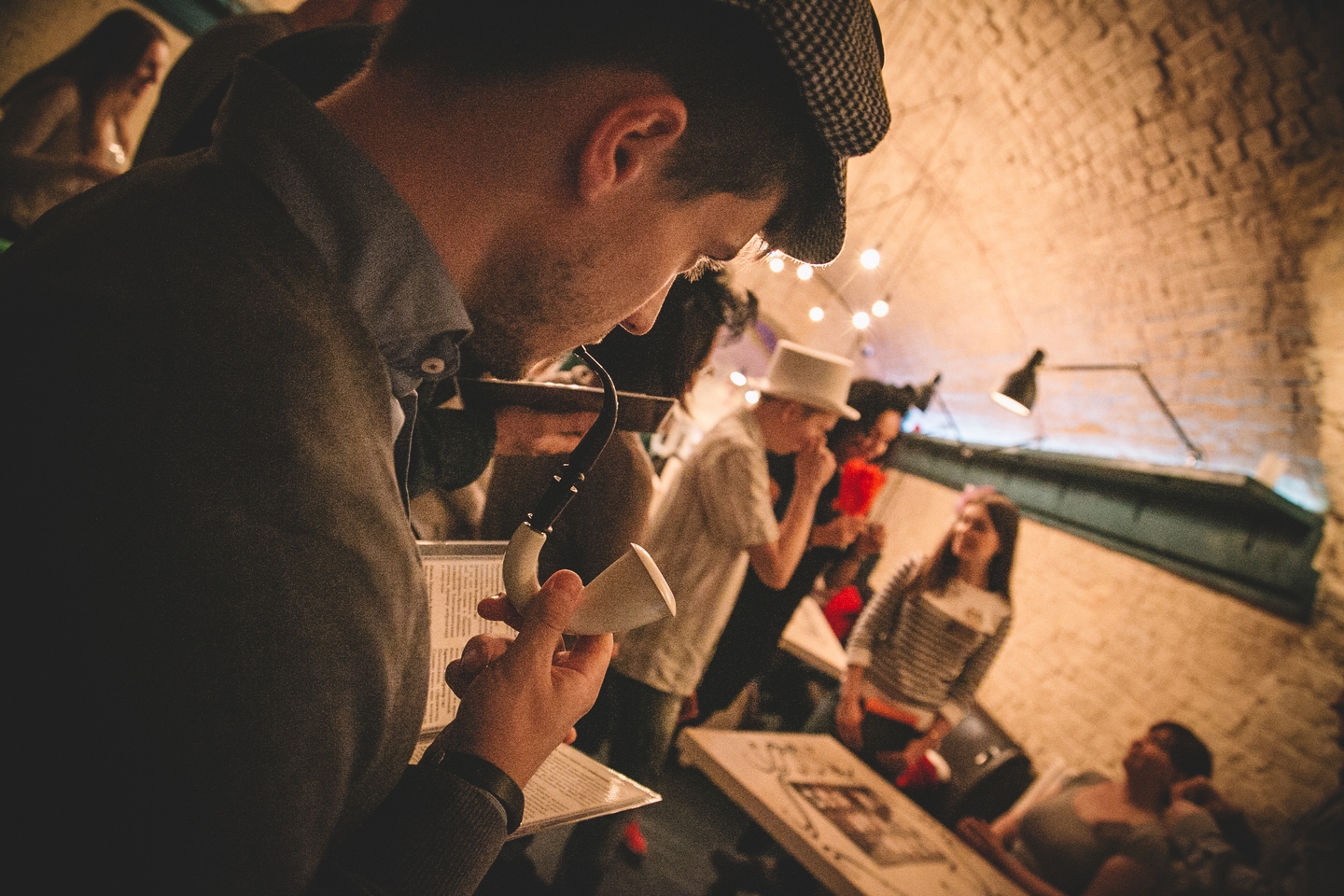 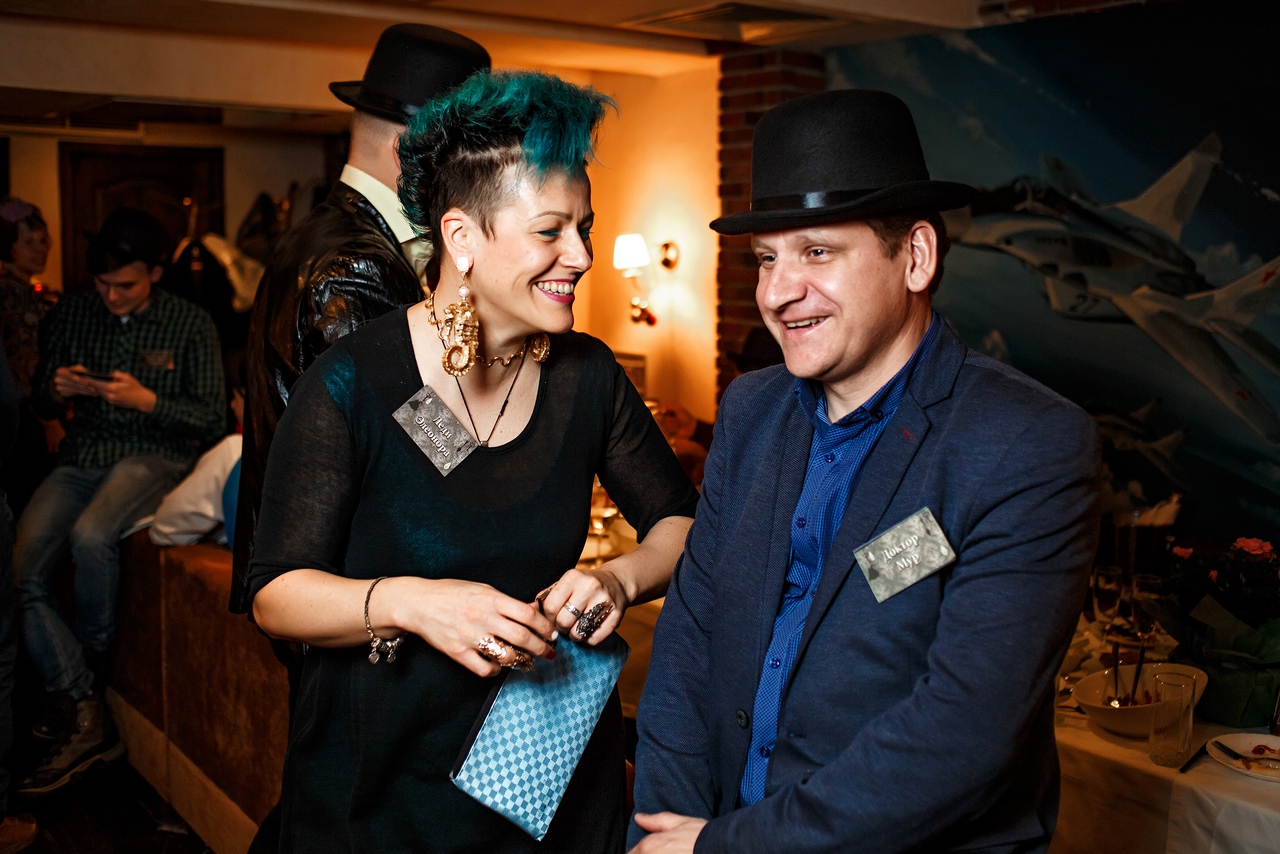 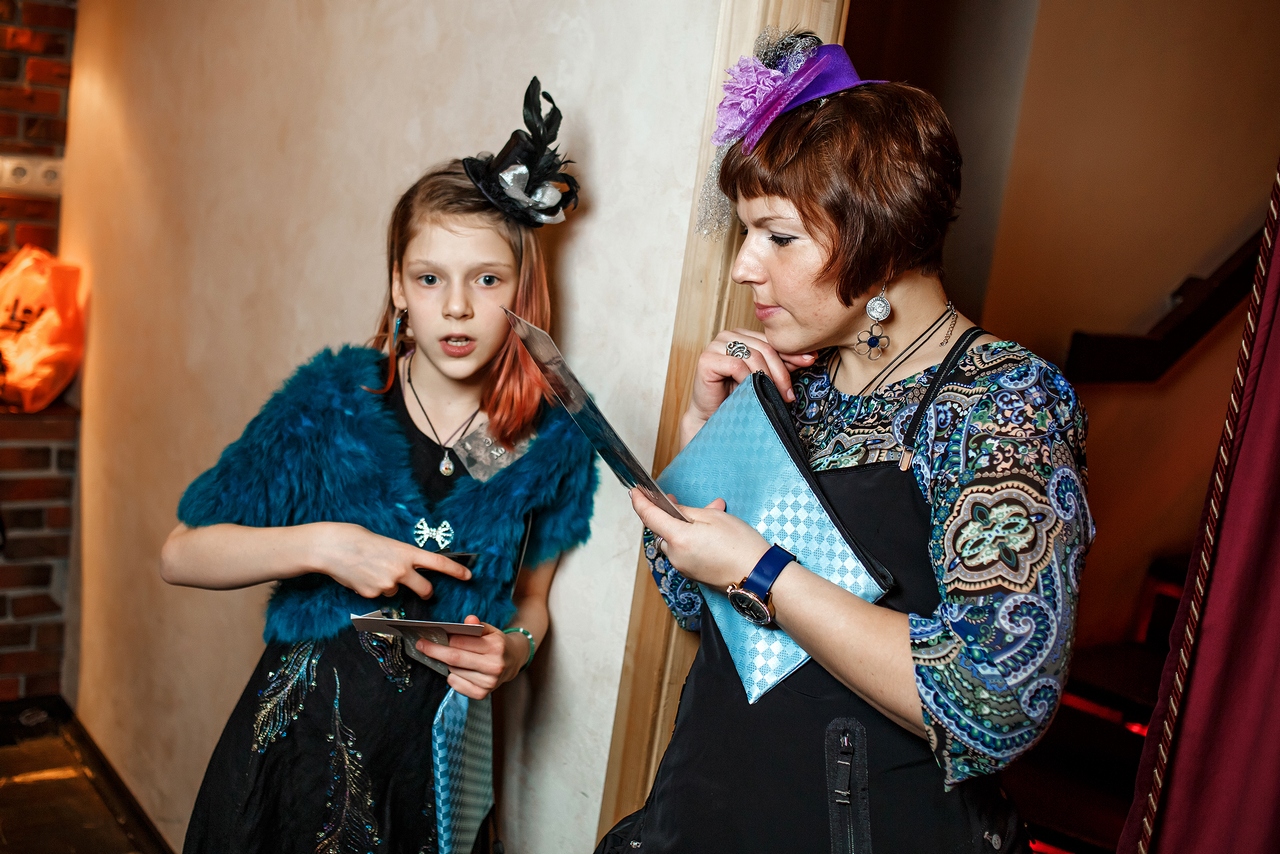 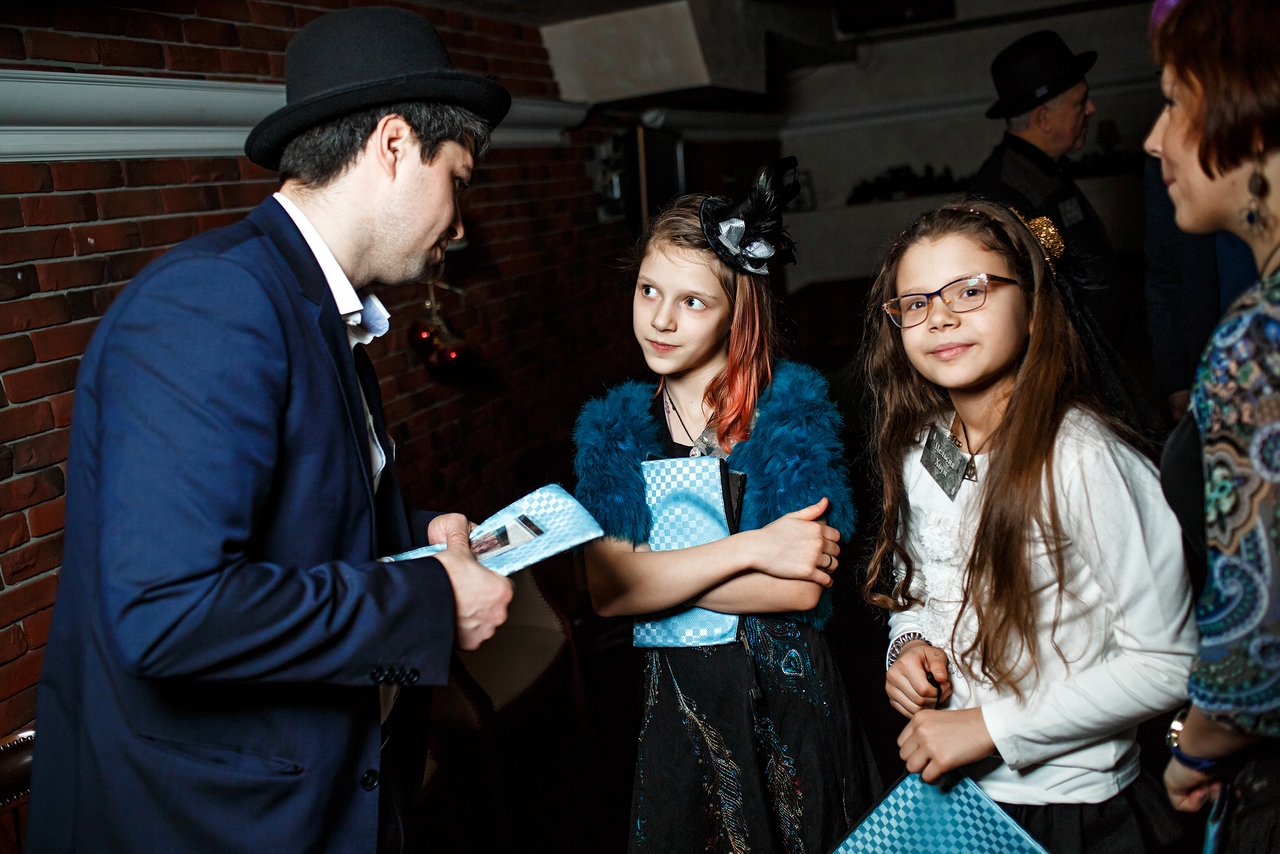 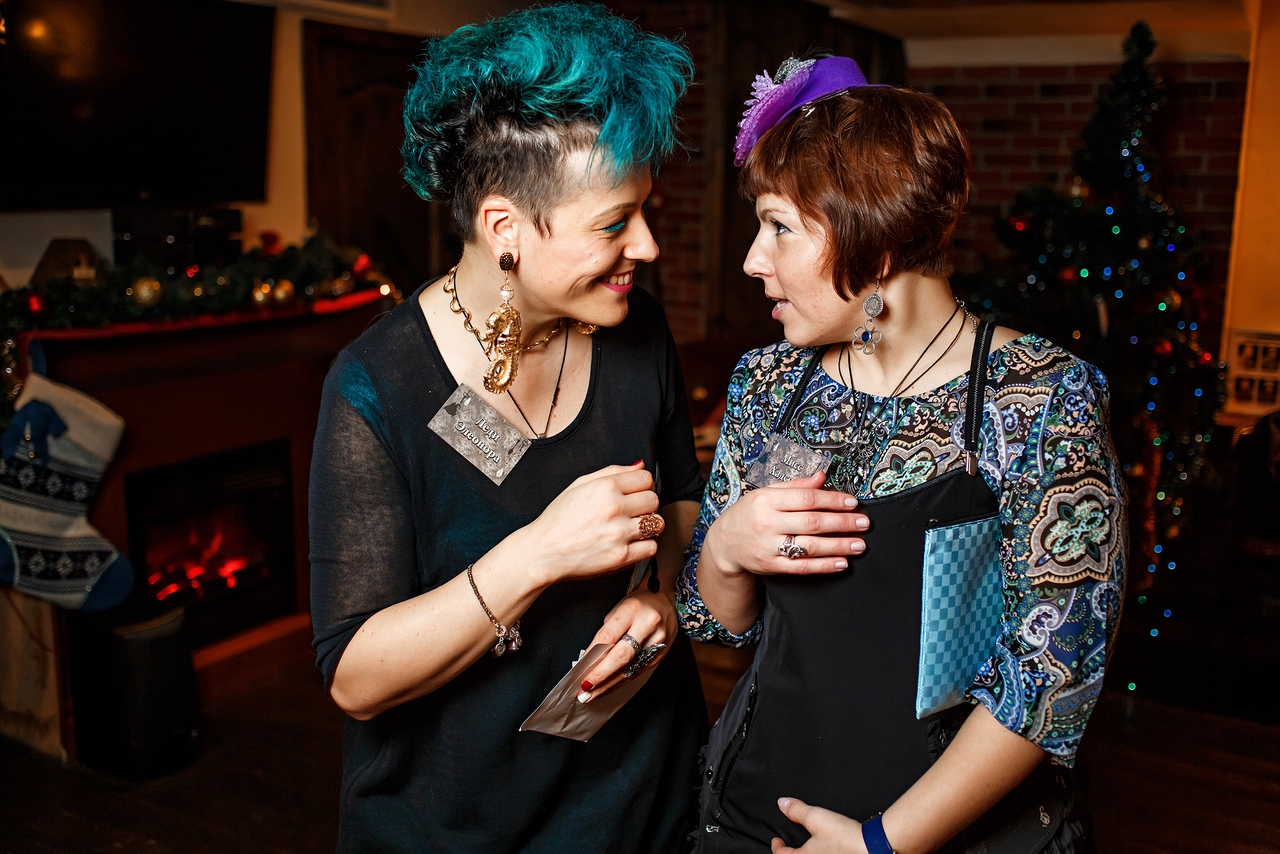 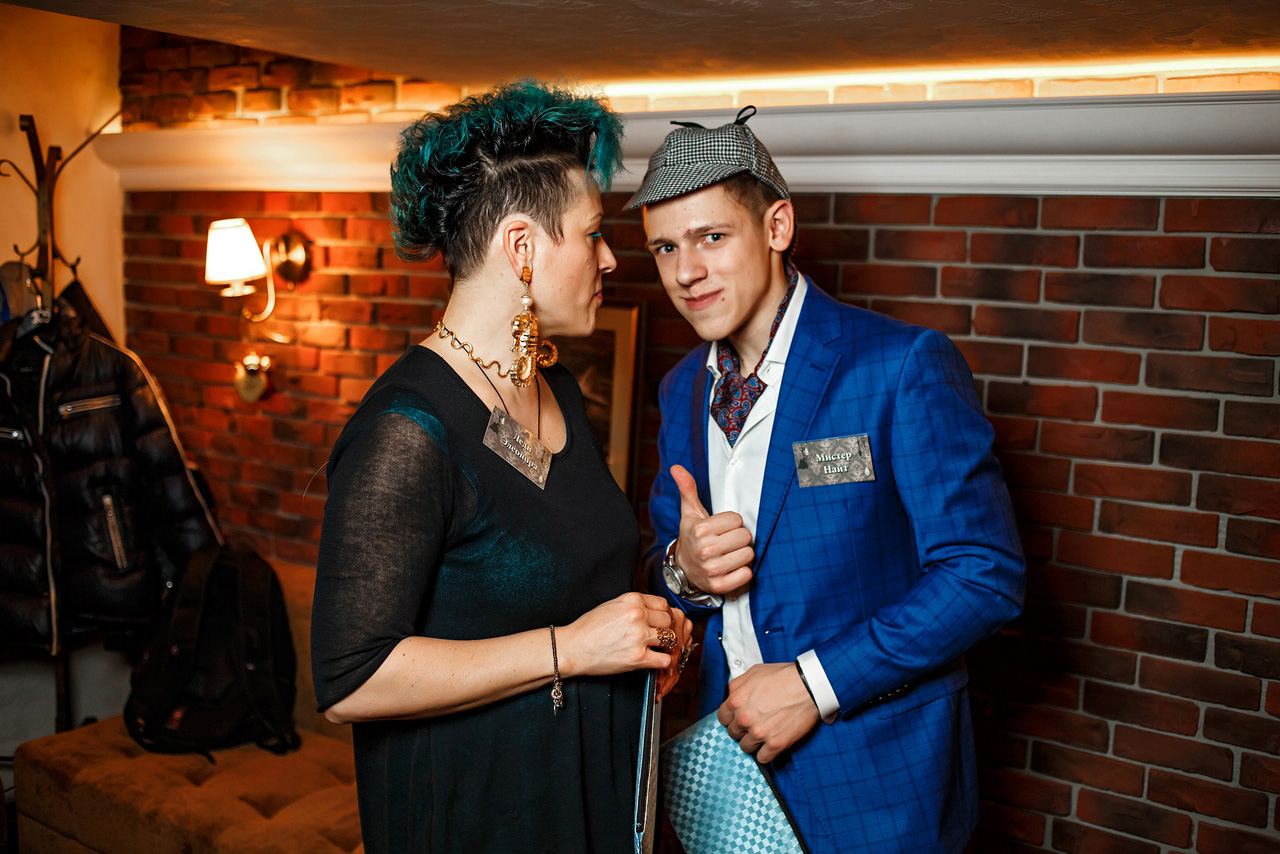 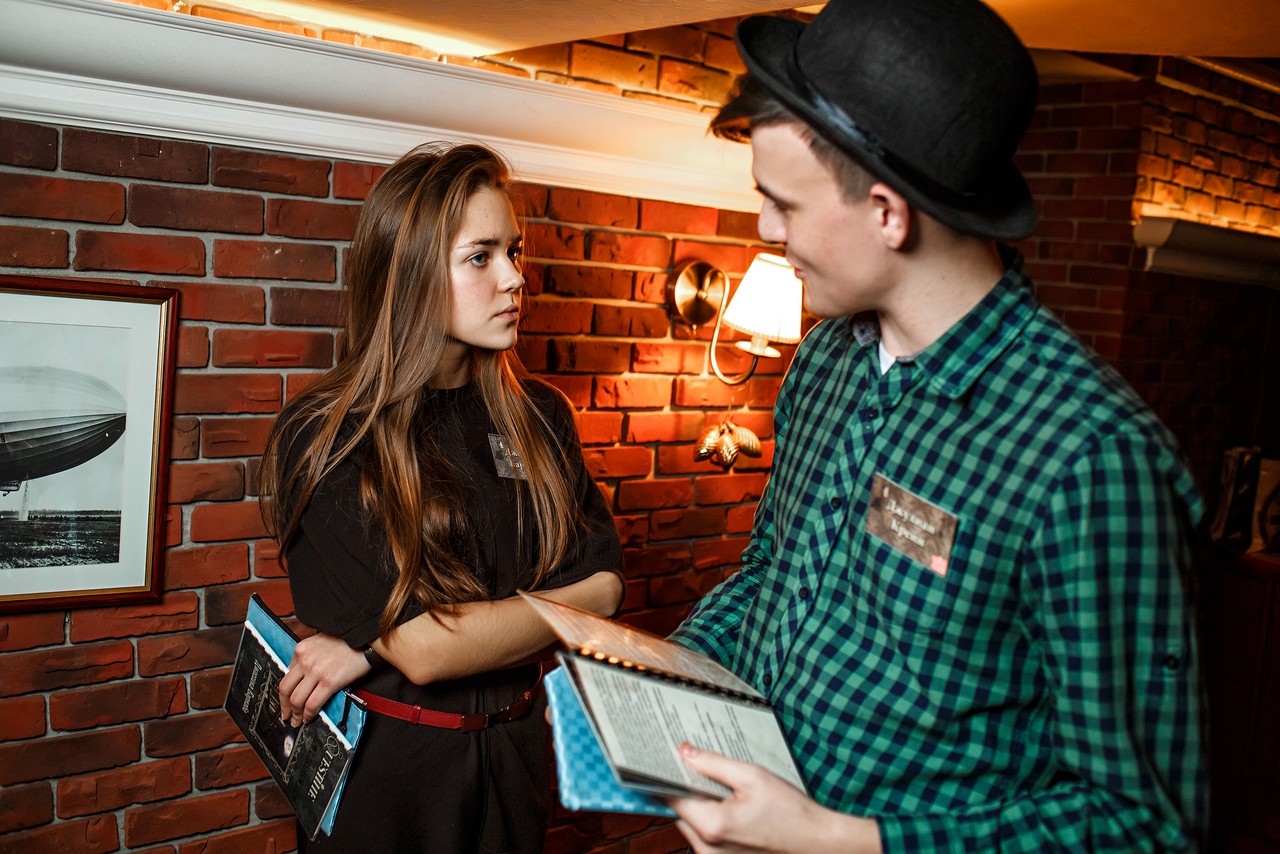 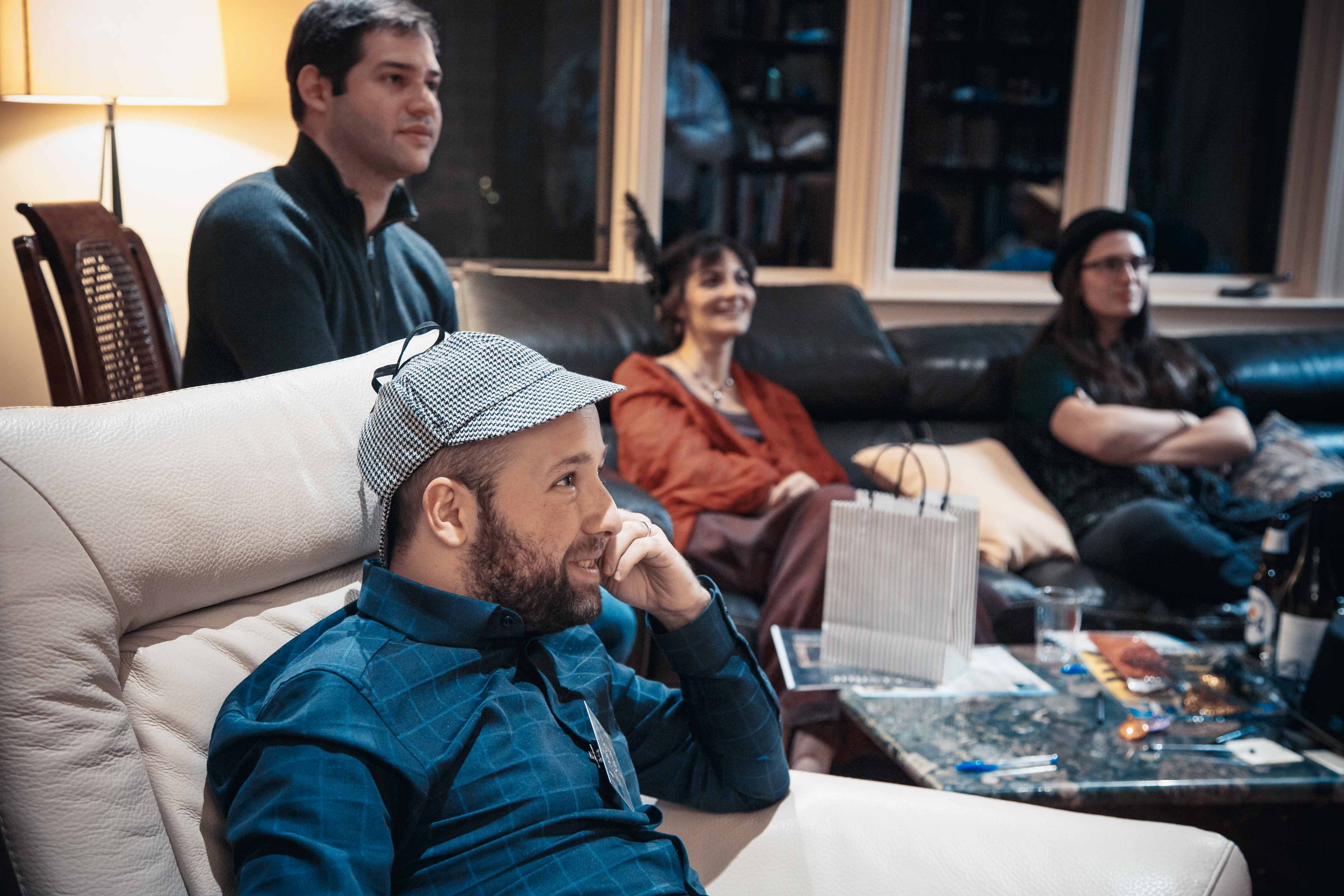 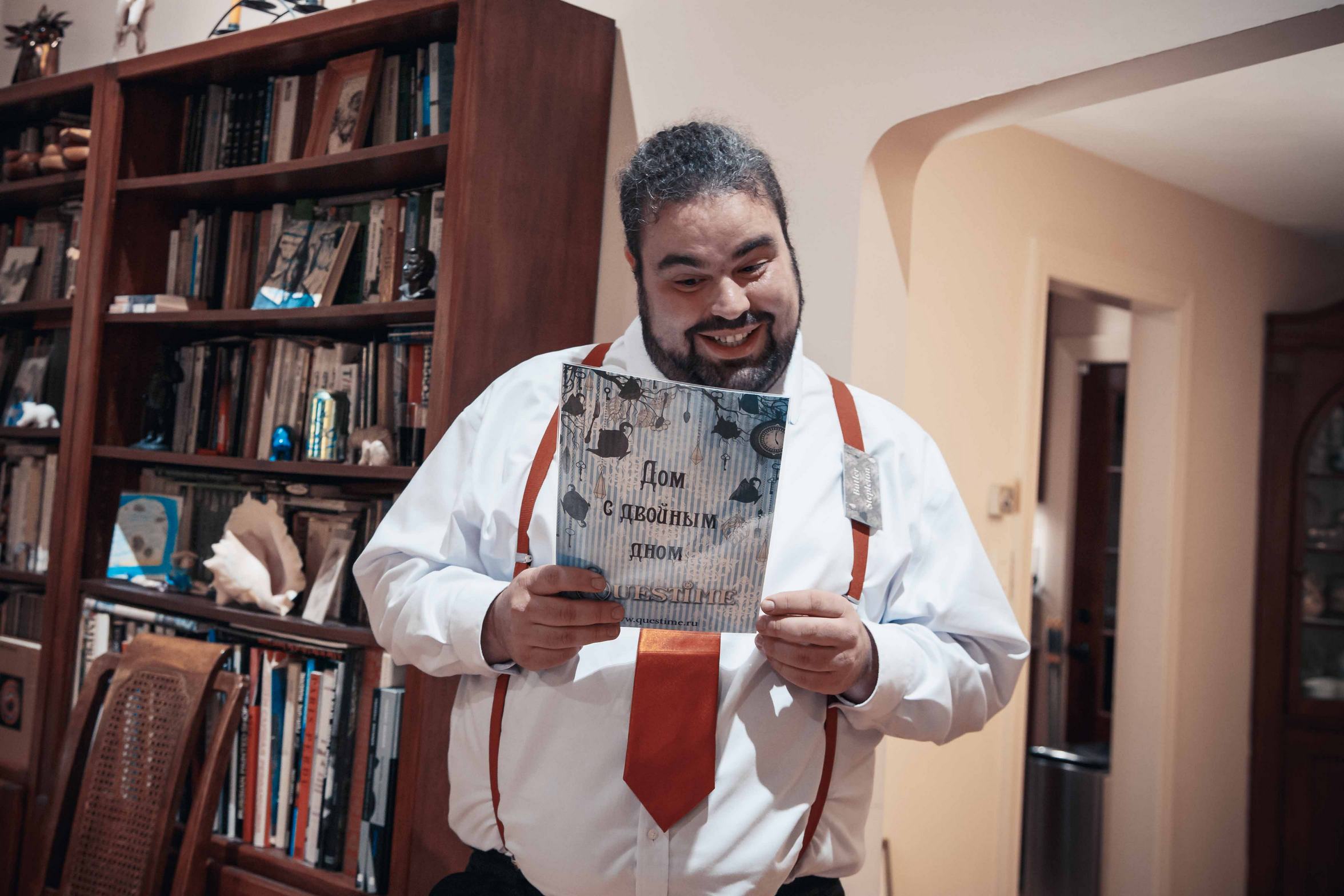 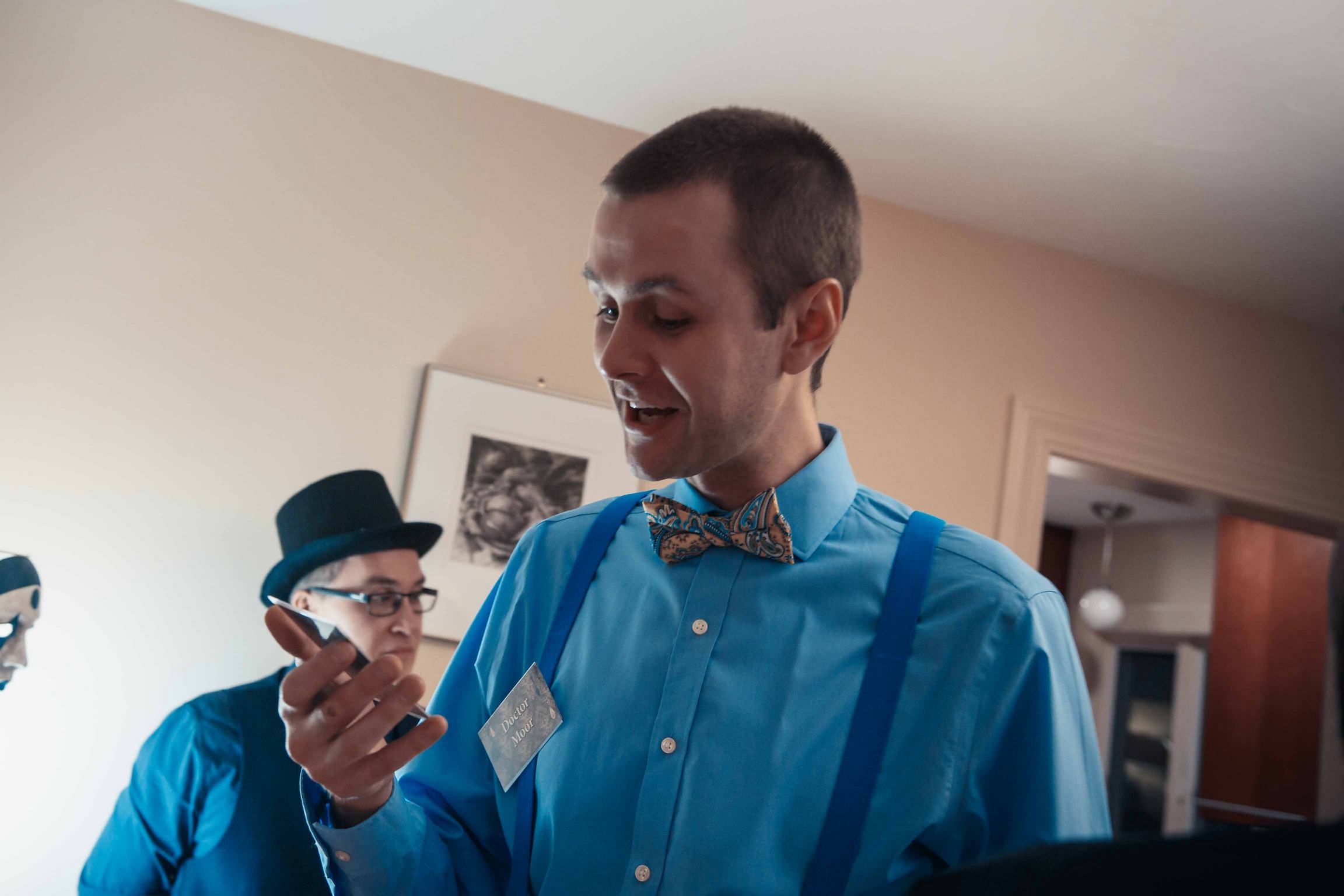 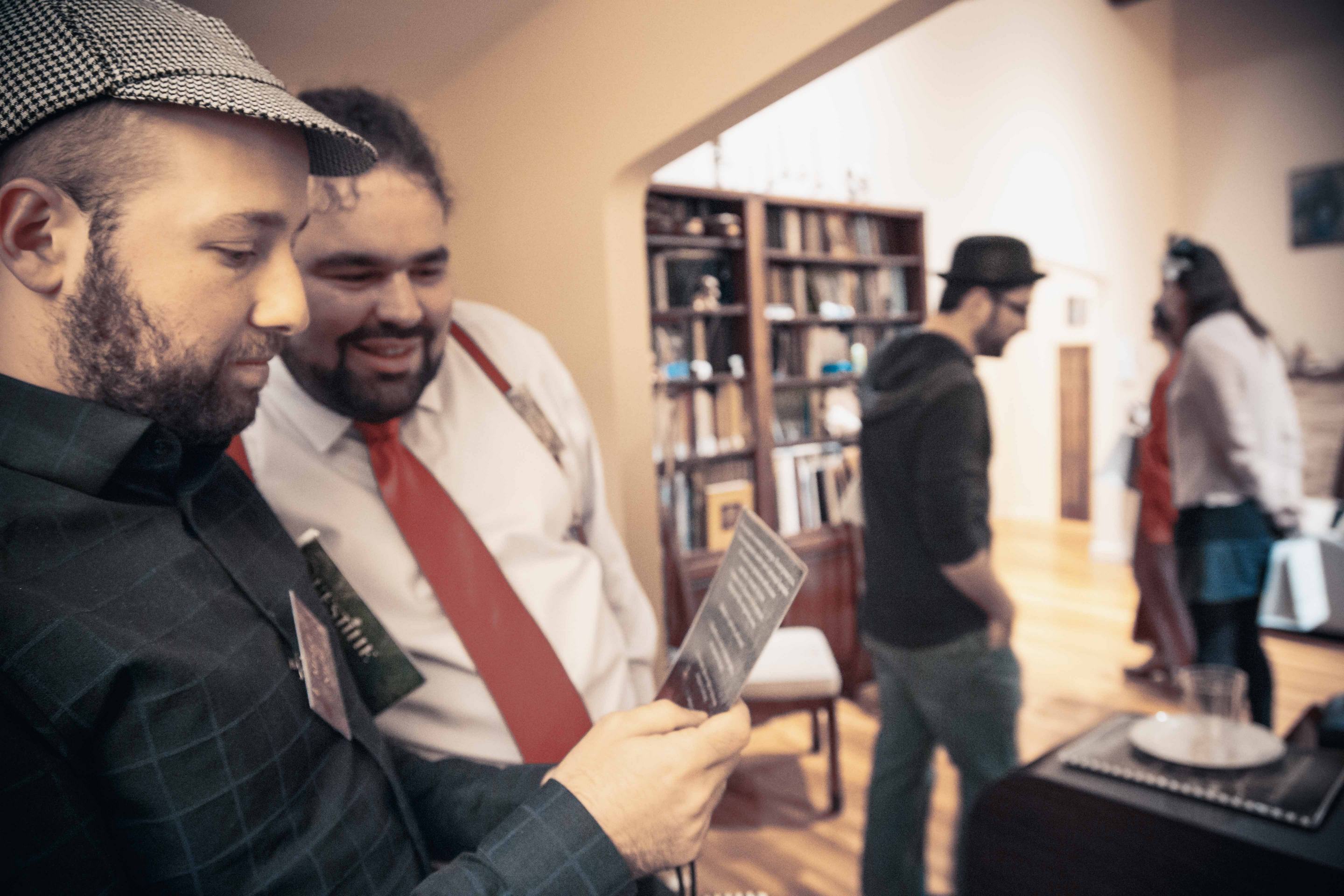 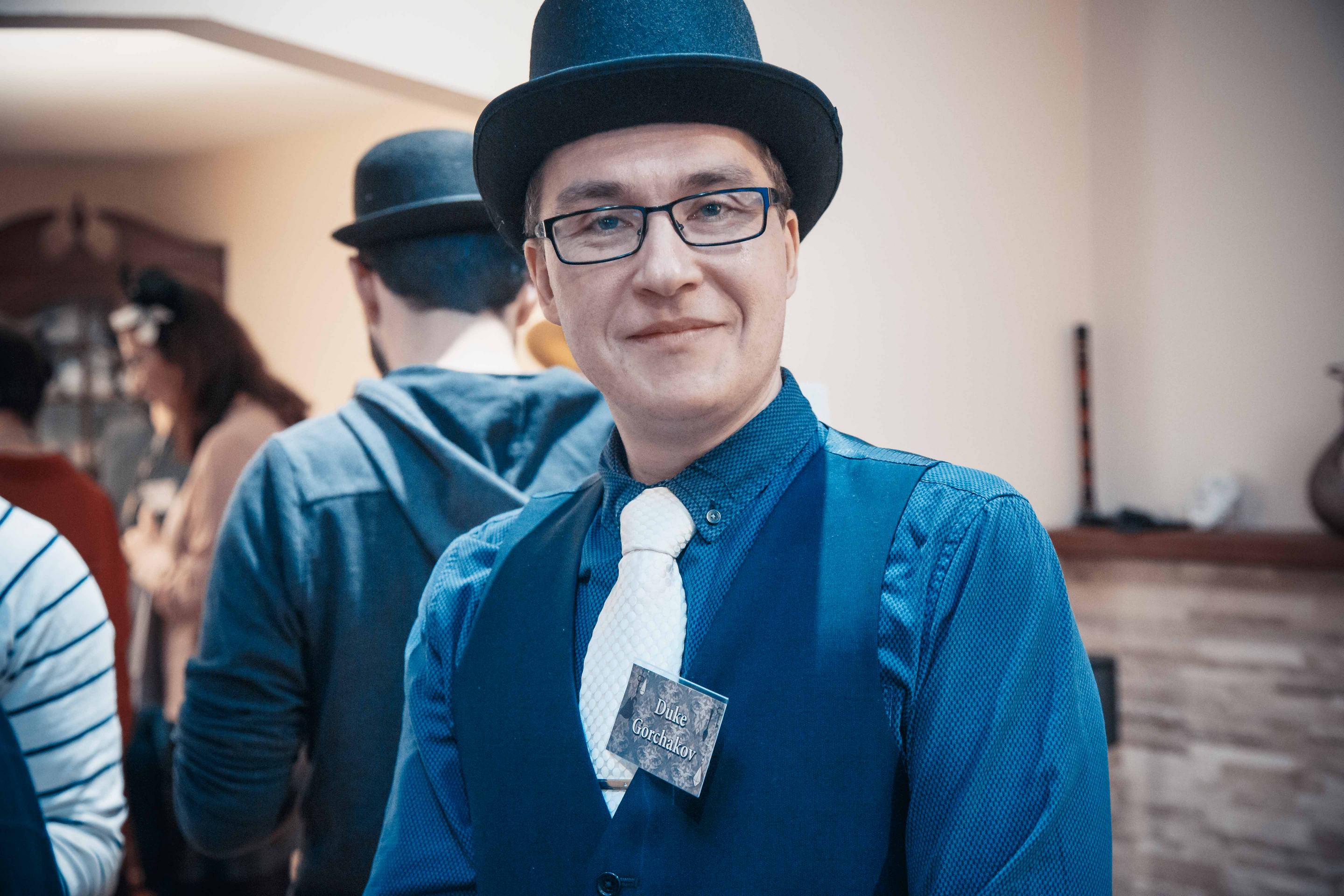 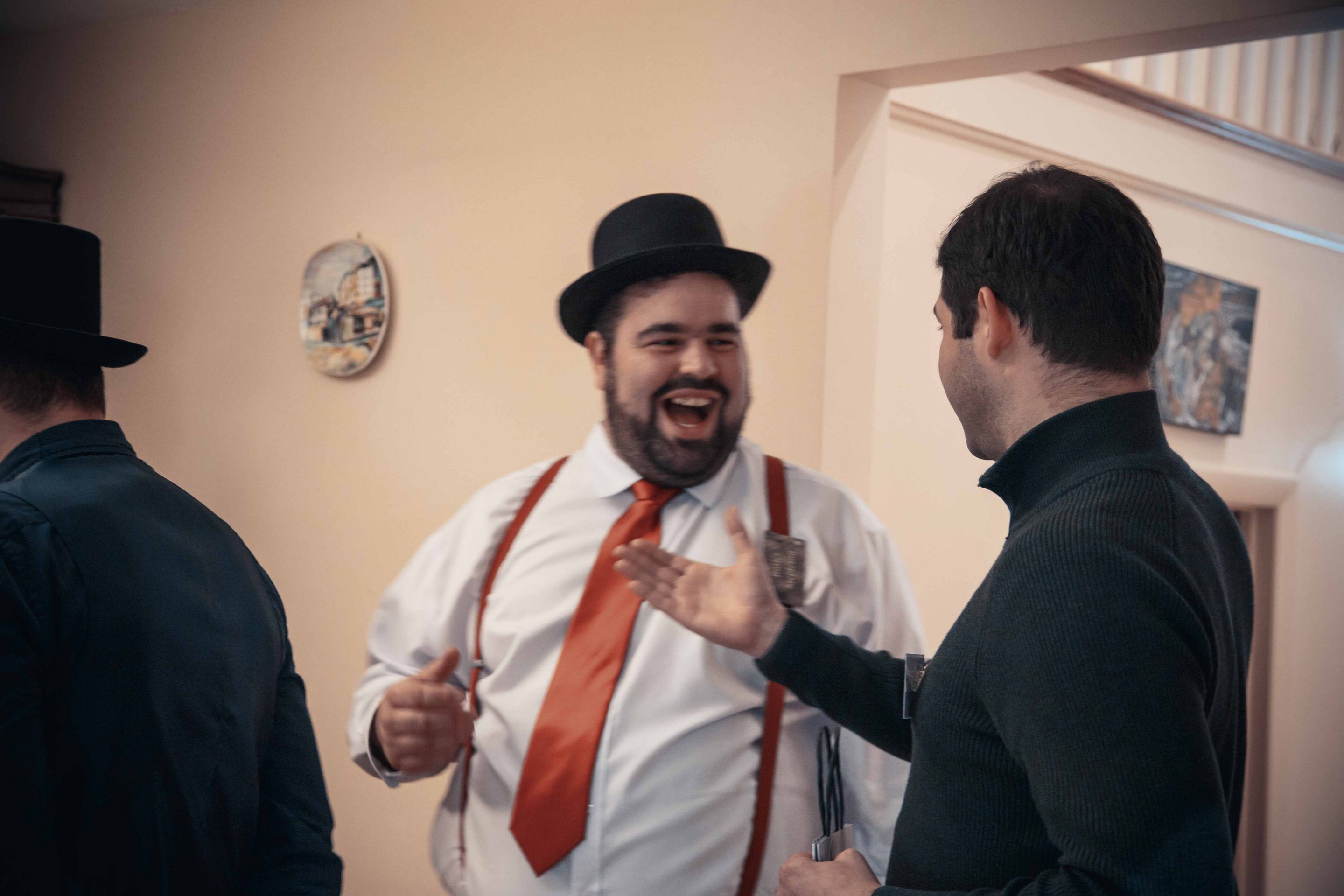 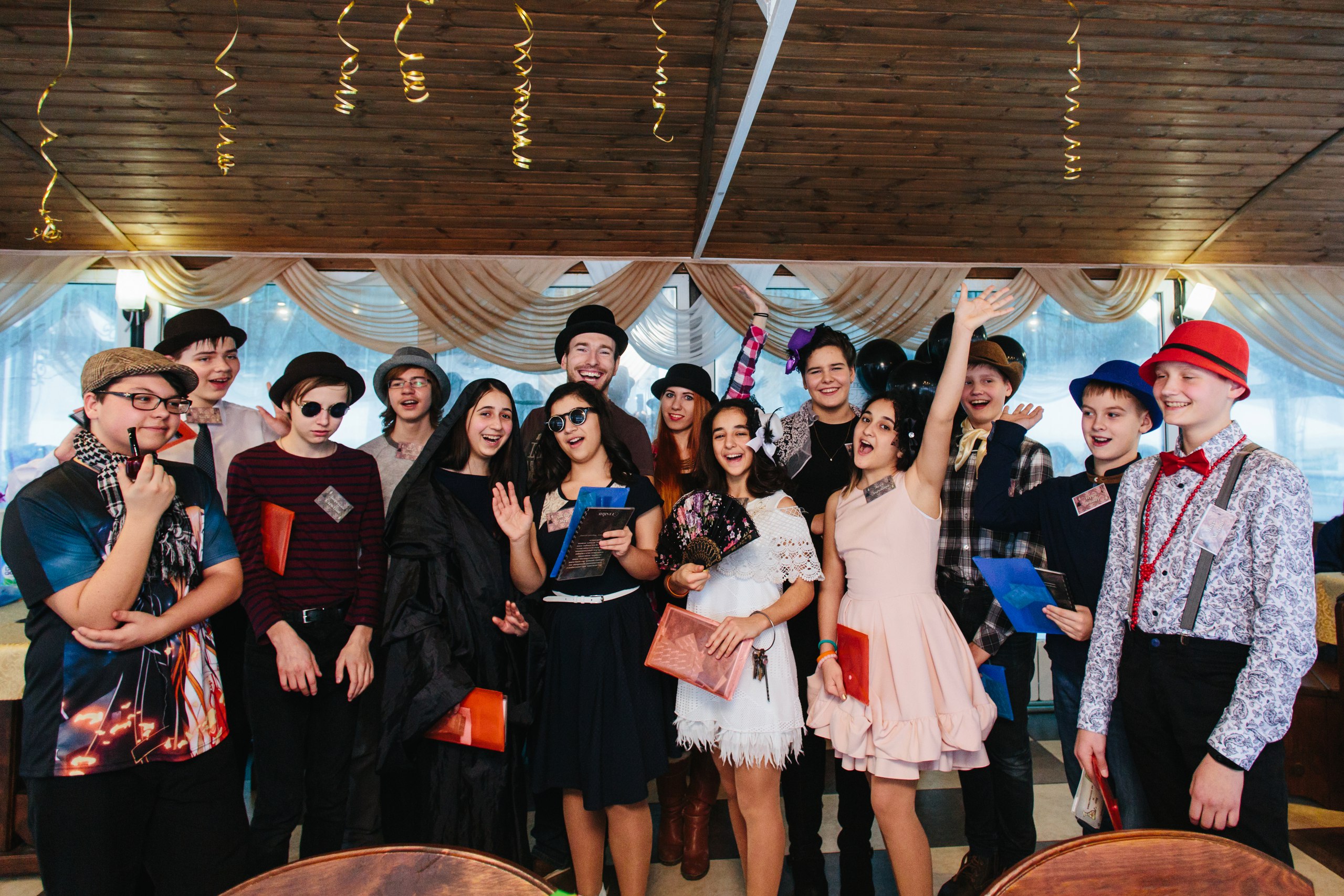 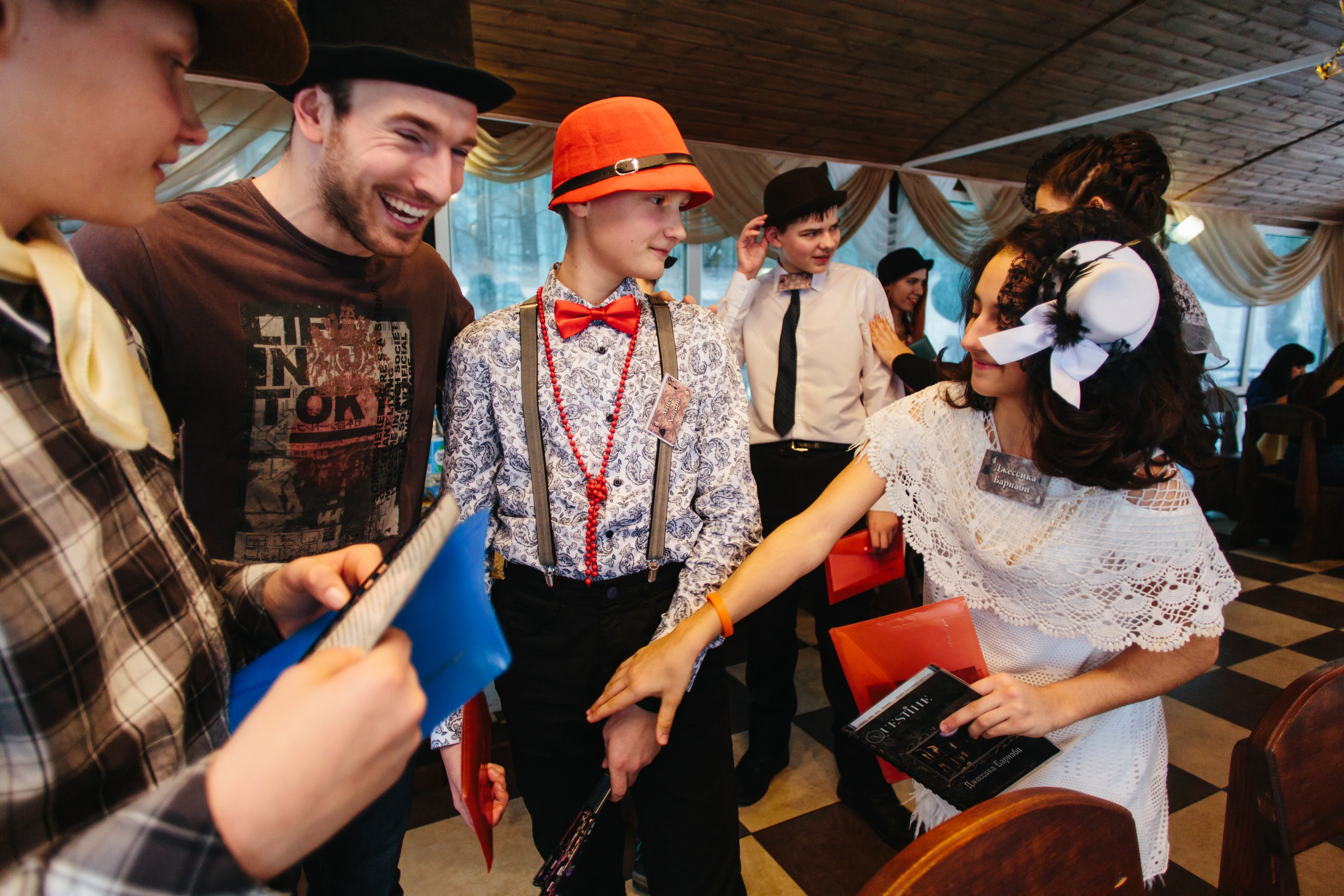 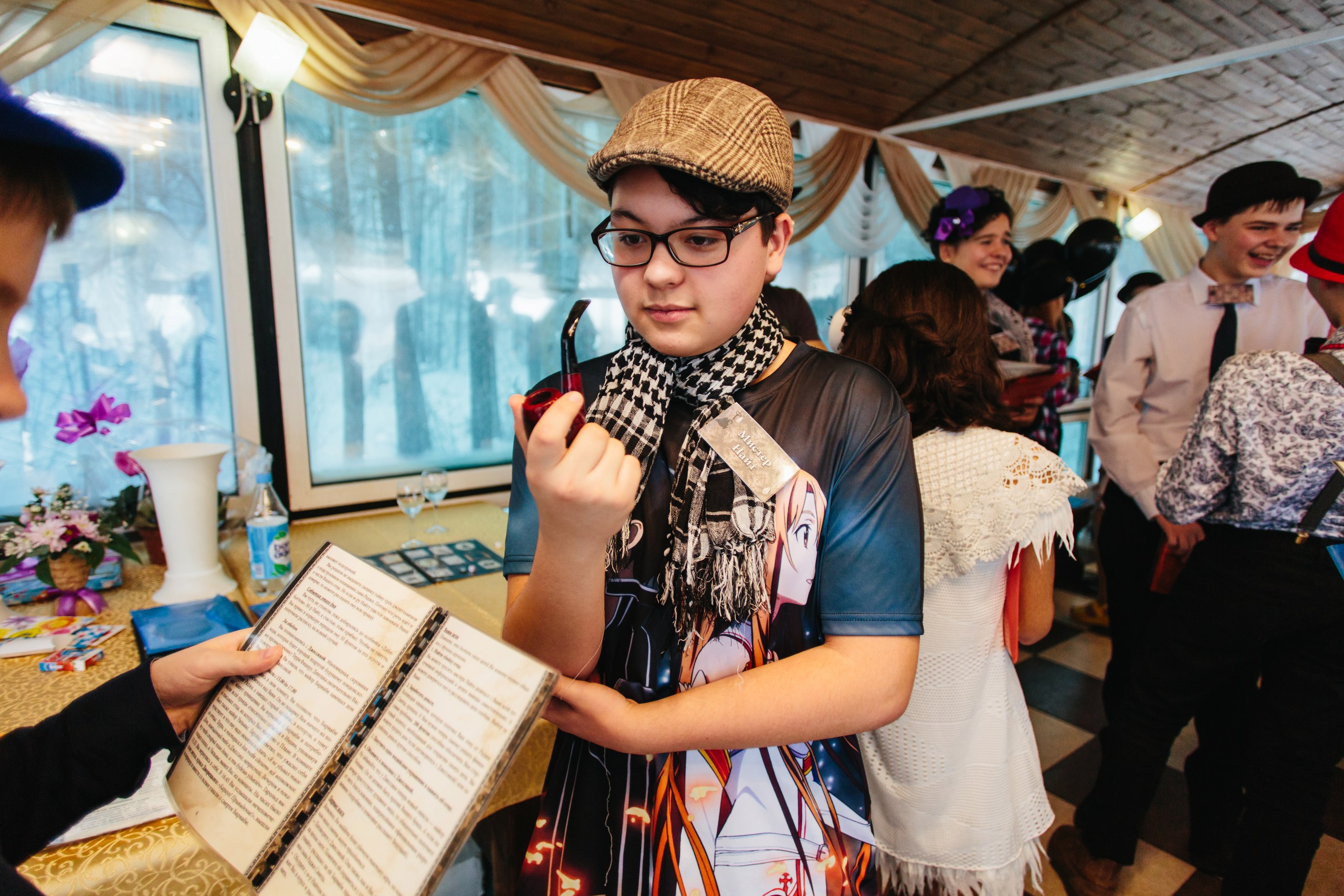 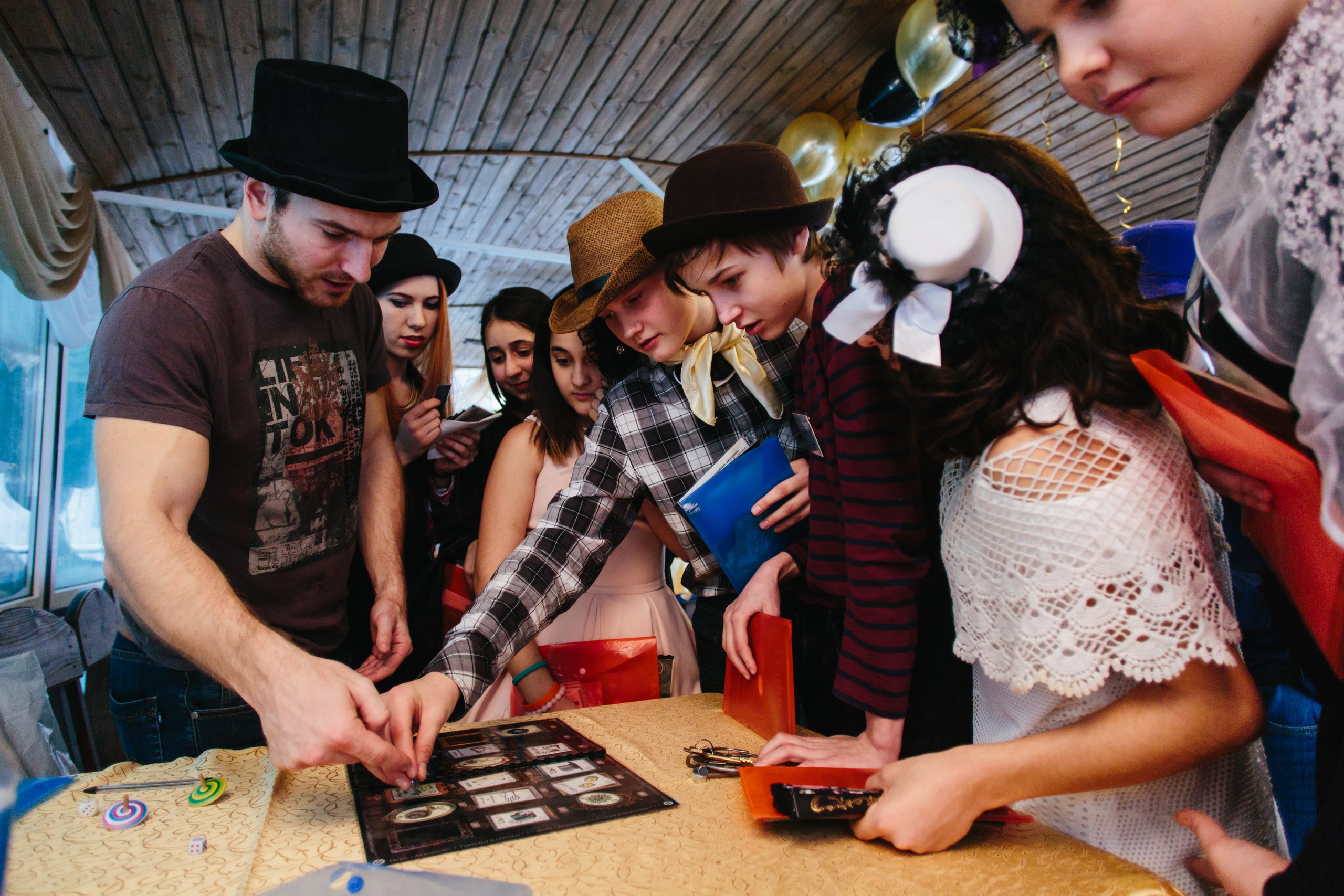 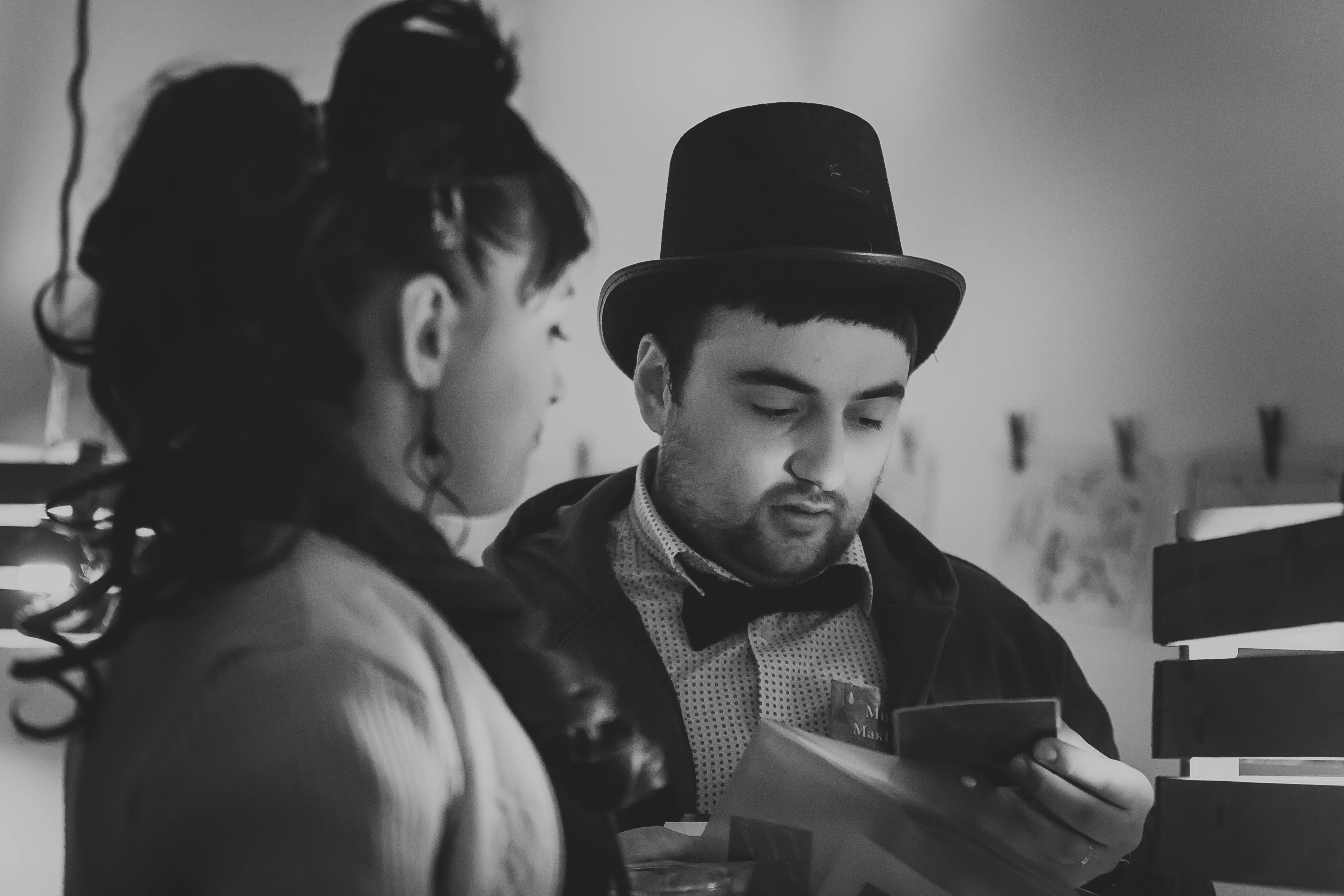