Aboard the “Bright Future” Steamboat 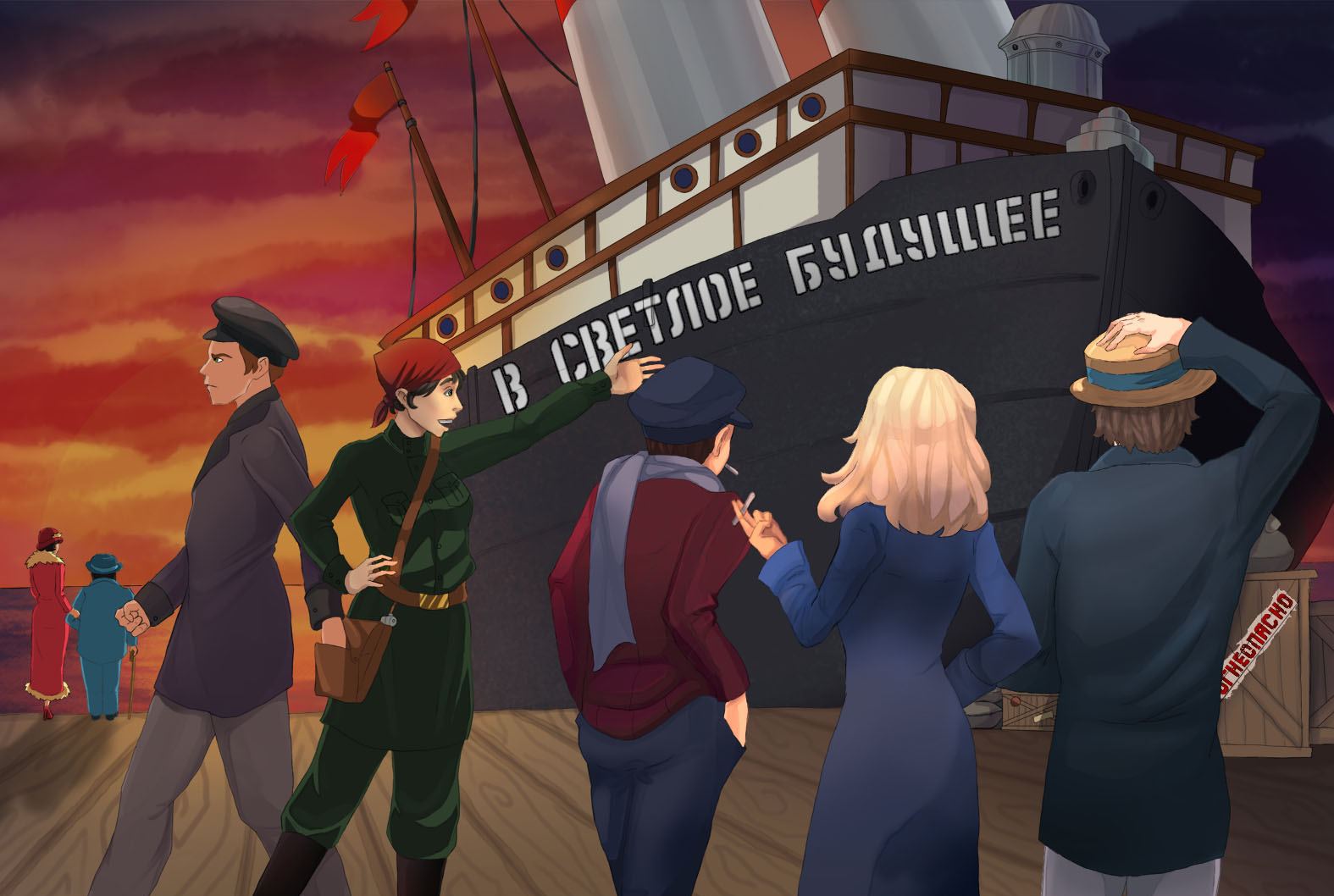 This plot is currently available in Russian only!

The USSR. 1923.  The young workers of an Odessa theater group are sailing to Turkey for a tour. But during rehearsal, a tragedy: the main actress was shot! Blame flies around.

Was it the secret police? Was it foreign—could it even be domestic?—enemies? Was it the suspiciously nonchalant Benya Krik? The truth is somewhere aboard this steamboat—and so is the murderer.